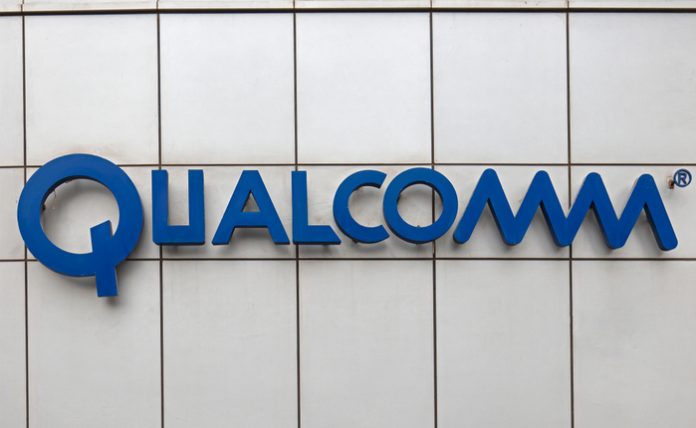 Shares in Qualcomm Inc (NASDAQ: QCOM) jumped on Wednesday after the U.S. Department of Justice (DOJ) asked a federal appeals court to delay the enforcement of a sweeping antitrust ruling that would force the San Diego, California-based chipmaker to alter its licensing business.

The DOJ cited support from the Department of Defense (DOD) and Department of Energy (DOE). “For DoD, Qualcomm is a key player both in terms of its trusted supply chain and as a leader in innovation, and it would be impossible to replace Qualcomm’s critical role in 5G technology in the short term,” wrote Ellen M. Lord, the Under Secretary for Defense for Acquisition and Sustainment, in a filing made in the 9th Circuit Court of Appeals, and seen by Reuters.

Qualcomm is the biggest supplier of modem chips that are used to connect smartphones to wireless data networks. On May 21, the company lost an antitrust lawsuit filed by the Federal Trade Commission (FTC) earlier this year, with U.S. District Judge Lucy Koh of the Northern District of California describing its lawyer-executives as the architects, implementers, and enforcers of its anti-competitive practices.

The judge ruled that the company took an unfair advantage of a monopolistic position in chips used for smartphone modems. She ordered Qualcomm executives to license its technology to rival chipmakers including Huawei Technologies’ HiSilicon chip division and Taiwan’s MediaTek Inc.

The Justice Department says Koh’s ruling poses a threat to national security and believes that the chipmaker is likely to win its appeal. DOJ also notes that Qualcomm is a key supplier to the DOD and it is in the national interest that the company remains motivated to continue investing in R&D.

“A hobbled Qualcomm, without the ability to make significant investments in R&D, presents a serious threat to DOD’s extensive networks, advanced telecommunications systems, and ultimately its ability to control the battlespace,” Lord says in her filing.

The firm has been fighting to have the ruling put on hold as it pursues an appeal. Qualcomm lawyers argue that letting the ruling stand could upend the company’s talks with phone manufacturers over semiconductors for 5G technology.

Qualcomm stock, which was up 5% in premarket trading, has gained more than 34% since the beginning of the year.

Qualcomm develops and licenses wireless technology and also designs chips for smartphones. The company’s key patents revolve around CDMA and OFDMA technologies, which are standards in wireless communications that are the backbone of all 3G and 4G networks.

The firm is poised to be a leader in 5G as well. Qualcomm’s IP is licensed by virtually all wireless device makers. The firm is also the world’s largest wireless chip vendor, supplying many premier handset makers with leading-edge processors. – Warrior Trading News