Home CryptoNews Analysts see BTC tracking with gold quite a bit this year –... 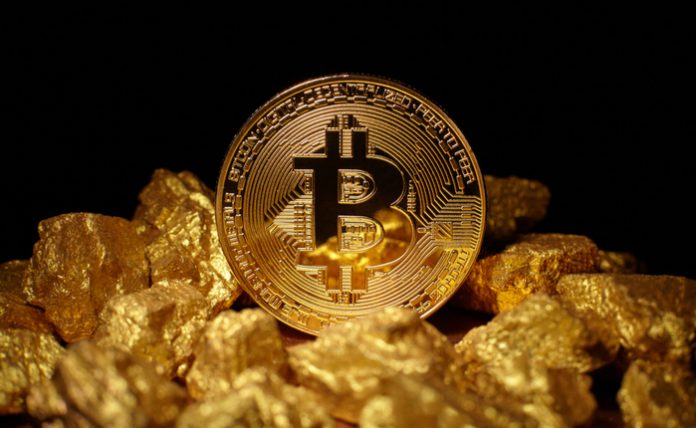 In a run-up of BTC values that coincides with stock market tensions, lots of people are calling Bitcoin “digital gold,” but others want to see actual metrics that demonstrate the digital coin’s place in a financial world where investors are looking for alternatives.

Reporting by Marie Huillet at Cointelegraph this morning shows some of that data, where Bloomberg reports some interesting correlations in Bitcoin and gold prices.

“The present geopolitical and macroeconomic climate plays into a possible interpretation of the data,” Huillet writes. “The (Bloomberg) article notes the adverse impact of escalating trade tensions between the United States and China on the world economy …”

According to the data, (available in a series of pie charts,) gold and Bitcoin have traded in the same direction 58% of surveyed market days since early May.

This news provides technical ballast for what’s already a philosophical strategy for many traders.

Various gold bugs who have converted to the Bitcoin bandwagon suggest that while Bitcoin is, like gold, an excellent hedge for general market turmoil, it’s also more easily traded and held.

While you wouldn’t generally think about paying for retail items with gold, Bitcoin is now being applied to various corporate transactions in ways that expand the consumer’s power to spend the digital coin.

That’s giving fodder to the argument that as “digital gold,” BTC is a pretty good haven.

It’s a simple recipe but one that many investors will no doubt be baking up if the new tariffs and other trade conflict events push stock exchanges lower in the weeks to come.