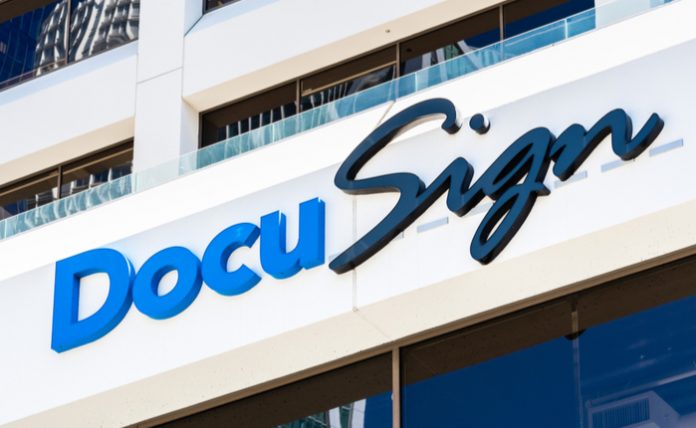 One of the biggest winners on Friday was a niche tech stock that offers an e-signature solution to customers. While such an idea might not sound particularly exciting, shares of DocuSign (NASDAQ: DOCU) surged by 24% over the course of the day when it announced that their recent revenues had completely smashed Wall Street’s expectations.

Total revenue for DocuSign came in at $235.6 million for the second quarter, which by itself is a 41% increase from the same time last year. Analysts had expected the company would report only $220 million in revenue. 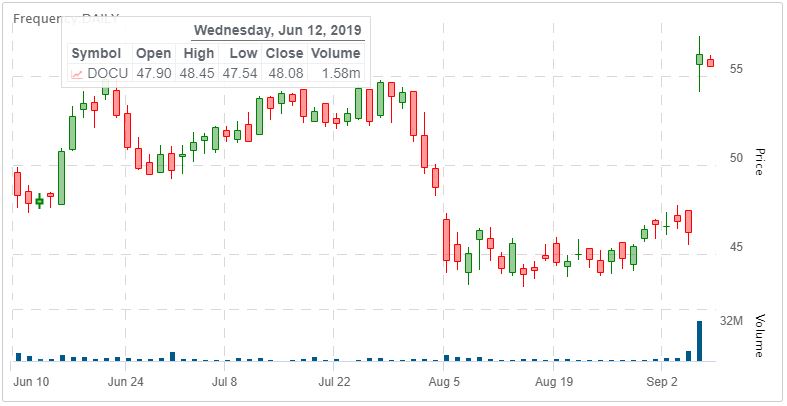 Earnings per share were actually worse than expected, coming in at a loss of $0.39 per share, as opposed to the negative $0.30 expected by Wall Street experts. Net income also was lower, coming in at only $1.99 million in contrast to the much higher $6 million that most had thought the company would report.

While both earnings per share, as well as net income, were below expectations, the growth in revenue was important enough to outweigh the other considerations. Total billings had gone up by 47% as well. For a company like DocuSign, which offers a relatively specific service, seeing revenue figures that exceed expectations was a delightful surprise for the markets. Tech investors in general are more forgiving to companies if some financial figures aren’t excellent as long as overall growth remains strong.

“Our second quarter performance reflects our clear leadership position in e-signature and increasing adoption of our broader Agreement Cloud offering. We added 29,000 new customers onto the platform, bringing our total to 537,000 worldwide,” said CEO Dan Springer in an official statement following the announcement. Analysts quickly jumped on the news with many upgrading the stock. Wedbush analyst Daniel Ives did exactly that on Friday, raising his rating from a “neutral” to a “outperform” while increasing his price target from $48 to $65 per share. “This company is in the early innings of a massive green field growth opportunity set to play out over the next 12 to 18 months,” he wrote in a note to clients.

While shares of DocuSign were up 24% after the announcement, the past few months haven’t been particularly impressive for the company. Shares have slowly declined throughout 2019 but hovering between the $50 to $55 price range before the stock took a major dive in early August.

Friday’s 24% jump has now put the stock back into its former price range territory, but analysts are now optimistic that shares could go much higher now. At one point in 2018 shares were trading in the mid-60s but haven’t reached that level since. Time will tell whether DocuSign will be able to return to those earlier highs but until then its definitely a stock worth watching out for in the future.

DocuSign Inc offers e-signature solution. It allows companies and users to make every agreement, approval process, or transaction digital from any device, virtually anywhere in the world in a secured manner.