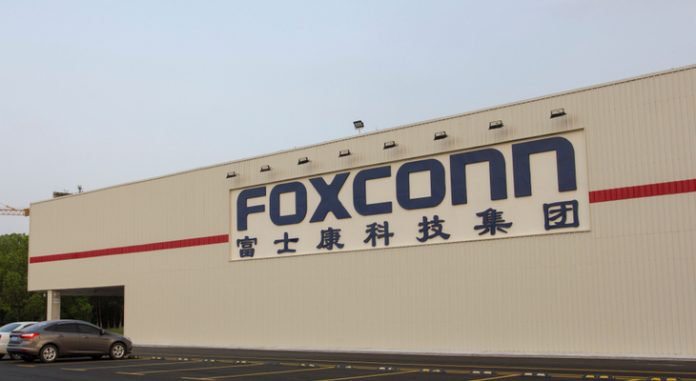 Breaking news of plans for a new Wisconsin factory run by Chinese firm Foxconn is getting a fair amount of scrutiny as the company announces a partnership with a Texas company called Briggo, indicating that after breaking ground in the U.S., Foxconn and other stakeholders will start off with producing robots related to automating coffee dispensers in kiosks.

The factory, which is getting a lot of attention as experts suggest it may be completed next year, is a major indicator in a global economy where production matters.

One of the biggest narratives in the current American story is the challenge of relocating production and manufacturing to American soil.

Foxconn, on the other hand, has largely been seen as a dominating influence in China, with all of the corner-cutting and labor issues that one would expect.

Opening a factory in the United States would be a profound move for a company that’s featured prominently in discussions about international production.

In analyzing the process toward groundbreaking,  some are criticizing Foxconn for lack of coherent management

“The factory has come under immense scrutiny these past two years for remaining in a perpetual and chaotic state of Kafkaesque mismanagement,” writes Nick Statt at The Verge. “It’s the product of what was two years ago called a landmark contract that is costing the state roughly $4 billion in tax credits, land and infrastructure investments, and other incentives used to lure the company to the Midwest … so far, Foxconn has only managed to purchase a series of empty buildings it has dubbed “innovation centers,” and it has continually downsized the scope of its factory plans in the state.

However, although the factory is, as noted, not built yet, firming up details shows that this is a serious plan by a major global firm.

One of the takeaways here is that investors can scrutinize changing trends in production to understand whether placement in an American context may be forthcoming. Keep an eye out as the landscape changes and politicians speak to the desolation of an American landscape devoid of production – can we bring more “building and making” back?