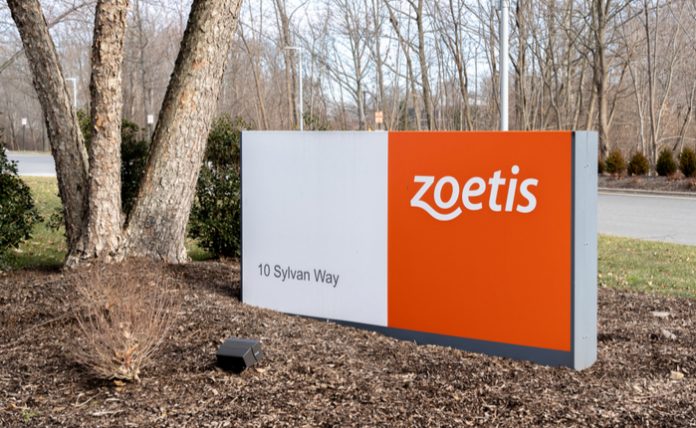 Animal-health pharmaceutical company Zoetis (NASDAQ: ZTS) might see a new blockbuster drug enter the market soon. While shares didn’t move up in response to the news, the company reported strong results for a new heartworm medicine, especially since there isn’t much competition for this type of treatment.

Credit Suisse analyst Erin Wright went on to say that he suspects Zoetis’ new drug in question, referred to as Simparico Trio, has more than surpassed the bar for heartworm medicine in animals.

Recent laboratory tests showed that animals treated with the experimental drug had zero recoverable heartworms at all. This is a remarkable find since heartworms can be very resistant to potential treatments once they have grown substantially in an animal’s internal organs. What’s also impressive is that the treatment is completely safe for animals.

“As a reminder, heartworm resistance is theorized to be a formidable impediment to successful (Food and Drug Administration) approval of a combination product in the U.S., with the FDA requiring 100% (effectiveness),” said Wright in a report. “Overall, we estimate the current canine parasiticide market is worth $4 billion, including $3 billion for ectoparasites (fleas/ticks) and $1 billion for endoparasites (heartworm/other internal parasites), representing one of the largest categories in companion animal health.”

Current estimates predict that Simparico Trio could produce $133 million in sales for 2020 and $258 million by 2021 before growing even further. Wright expects that this heartworm medicine could be a major blockbuster product for Zoetis, which is considered to be superior to existing animal heartworm treatment options.

Heartworms are a parasite that is transferable to animals by insects such as mosquitos. According to the American Heartworm Society, they eventually grow in internal organs, causing lung disease, heart failure, and other conditions. Generally, dogs are the main carriers of the disease, but other household pets such as cats and ferrets also can have them.

Very rarely do heartworms manifest themselves in humans, and the larvae never fully mature in human bodies when they are present. The main market for heartworm treatments is in the southern states as well as the east coast of the U.S., including Texas, Florida, and Louisiana.

Despite the glowing analysis from the Credit Suisse analyst, markets didn’t react as optimistically to the news. Shares of Zoetis ended up falling by 2.87% on Tuesday. Over the past six months, the company’s stock has been steadily rising, gaining around 30 percent since then.

Zoetis’ recent rise also has to do with the fact that the company isn’t involved with the ongoing opioid scandal that has been threatening many major biotech companies. With the recent Johnson & Johnson (NYSE: JNJ), other pharmaceuticals involved in opioid manufacturing and distribution are worried they could be hit with multiple, multi-billion-dollar fines.

Zoetis, as an animal pharmaceutical company, has nothing to do with opioid use in humans and is seen as a suitable investment for biotech investors looking for a safer company that won’t be hit by these billion-dollar fines in the future.

Zoetis sells anti-infectives, vaccines, parasiticides, diagnostics, and other health products for animals. The firm earns more than 55% of total revenue from production animals (cattle, pigs, poultry, and so on), and companion animal (dogs, horses, cats) products make up the remainder. The firm has the largest market share in the industry and was previously Pfizer’s animal health unit. – Warrior Trading News