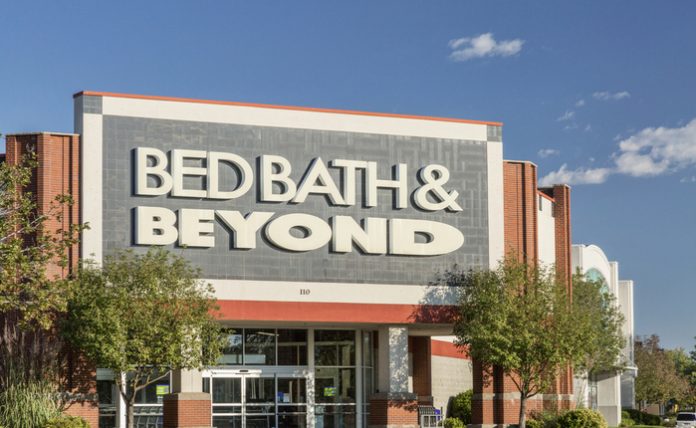 Retail stocks are generally not the place investors should be putting their money right now. With many major retailers across the country closing down stores and even going bankrupt, Bed Bath & Beyond (NYSE: BBBY) bucked the trend after announcing the hire of a new chief executive. Specifically, the company reported that it had hired the former CEO of Target to help turn its business around.

Bed Bath & Beyond announced that Mark Tritton, head of merchandising at Target, will transition into becoming its new CEO sometime in November. In response, shares jumped as investors cheered at the change. The company has been looking for a new chief executive since earlier in 2019, failing to find the perfect fit. However, analysts and investors alike are calling this to be a perfect match for both the new executive and the company.

“There is immense opportunity ahead for Bed Bath & Beyond, which remains one of the most recognizable and best loved retailers in the country today,” said Tritton in a press release.

Sentiments surrounding Bed Bath & Beyond before this event were quite bearish, with around 53% of all outstanding shares being sold short according to The Wall Street Journal. Once the news came out, however, short sellers were put into a squeeze where they needed to buy back their shorted shares to prevent further losses and helped push share prices up even further. However, in the long-run, shorting Bed Bath & Beyond seems to have paid off. Since hitting a high of $80.48 on January 2014, the company has lost over 85% of its market value.

As for what the company needs to do to stay afloat, it’s complicated. Most analysts agree that Bed Bath & Beyond needs to sell off some of their retail locations as well as reinvest into their supply chains in the hope of increasing margins. Even under new leadership, it might not be possible for things to change that drastically for the company. The majority of research analysts covering the stock had a cautious “neutral” rating even considering this new leadership change.

Shares of Bed Bath & Beyond jumped by 21.6% in response to the news. Retailers across the country have been struggling to stay in business as online commerce continues to become the prevailing shopping method for consumers. Over the past six months, shares of the company have fallen, shedding 31.7% of its value as Bed Bath & Beyond continued to report bad news. It’s uncertain whether this new CEO will be able to turn things around for the company, but investors seem excited at the possibility that things might change.