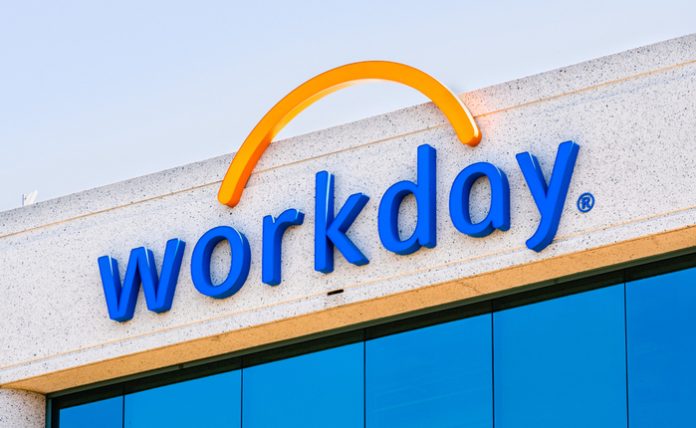 Wednesday ended up being a particularly bad day for cloud stocks, with most major companies falling after one SaaS cloud provider received three sudden, simultaneous downgrades from analysts. Workday (NASDAQ: WDAY), a provider of enterprise resource planning services to B2B clients, saw its shares tumble by over 10% in response to the sudden piece of bad news.

The main issue surrounding the company seems to be the slowing growth rate of it’s Human Capital Management (HCM) software, which is used for human-resources businesses. Jefferies analyst Brent Thill wrote in a note on Wednesday that Workday “will exit the year with 20% growth in its core HCM product, which has slowed due to the law of large numbers and higher penetration.” Although he maintains a “hold” rating on the company, he downgraded his price target to just $188 recently.

Another analyst who cut his price target for the company, Steve Koenig from Wedbush, also has a neutral rating on Workday but cut his price target down to $195. He ended up saying that “the frank discussion of HCM deceleration was alarming to some investors. Looking at the big picture, our concern is that the company doesn’t have an obvious third act for driving growth after HCM and Financials.”

The third analyst, or rather group of analysts, to downgrade the stock came from Morgan Stanley in a broader note that suggested that cloud stocks might not be in a great situation going forward. This includes companies such as Salesforce, Palo Alto Networks, and Adobe, but the biggest worry for Morgan Stanley’s analyst team was for cloud stocks with high value-to-sales ratios. This would suggest that Slack, Zoom Video Communications, and Zscaler could all see significant downturns in the months to come.

Workday also boasts over 40% of its customers as being Fortune 500 companies, meaning that it’s not surprising for growth to be slowing down. However, investors and analysts alike will find out just how worried they should be when the company releases its Q3 figures in November. Shares of Workday fell by 11.3% on Wednesday, with the stock falling an additional 0.9% in after-hours trading. Over the past few months, Workday has been steadily climbing, but today’s decline has wound up erasing all of its remaining year-to-date gains.

While it’s not surprising to see multiple analysts cut or raise their ratings for a stock on the same day, often this happens in response to news developments as analysts rush to give their updates, its still a bad piece of news for the large-cap cloud service provider nonetheless.

Workday is a software-as-a-service provider that offers enterprise resource planning software for medium and large enterprises. The firm’s roots are in ERP software vendor PeopleSoft, which was founded by Workday cofounder David Duffield, while fellow Workday cofounder Aneel Bhusri served as vice chairman at PeopleSoft. The company’s product portfolio is centered on human capital and financial management software, though it continues to add new applications to the product set. Just over 75% of the firm’s revenue comes from the U.S. – Warrior Trading News