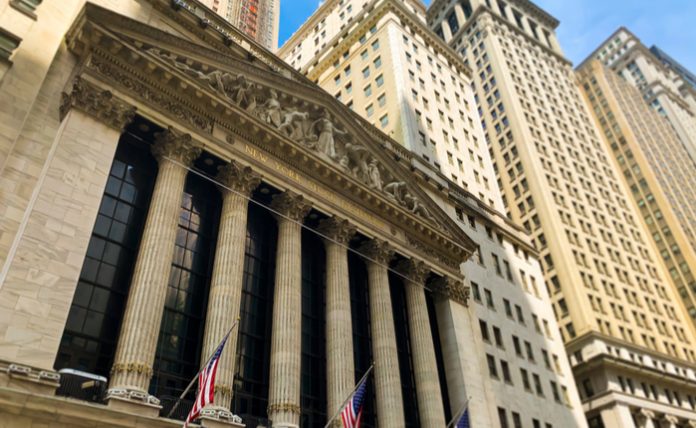 China’s GDP expanded by 6% in the third quarter ended September, down from 6.2% in the second quarter and the weakest quarterly growth rate since 1992.

Analysts were expecting China’s Q3 GDP to grow 6.1% from the same period last year, according to data compiled by Refinitiv.

Chinese economic growth has slowing over the past several quarters and analysts believe it is likely to sink further.

On the earnings front, investors are awaiting earnings from Coca Cola (NYSE: KO) ahead of the opening bell.

The Trump administration slapped tariffs on $7.5 billion worth of EU products on Friday, with Airbus, Italian parmesan, Spanish olives and Scottish whiskies among those in the line of fire.

The tariffs were approved by the World Trade Organization (WTO) earlier this month as compensation for illegal subsidies given to aerospace giant Airbus by the EU. The bloc has threatened to hit back at the U.S. with retaliatory tariffs.

AT&T in talks with Elliott to resolve activist fight

AT&T (NYSE: T) is in talks with Elliott Management to resolve the activist hedge fund’s fight for change at the media and telecom titan, according to a report in the Wall Street Journal.

People with knowledge of the matter told the Journal that the two sides are discussing changes at AT&T that could include a push to improve margins and a commitment to review assets for possible spinoff or sale.

The talks come after Elliott recently disclosed a $2.3 billion stake in AT&T and said the company’s stock price could rise by more than 50% if it got rid of unnecessary assets.