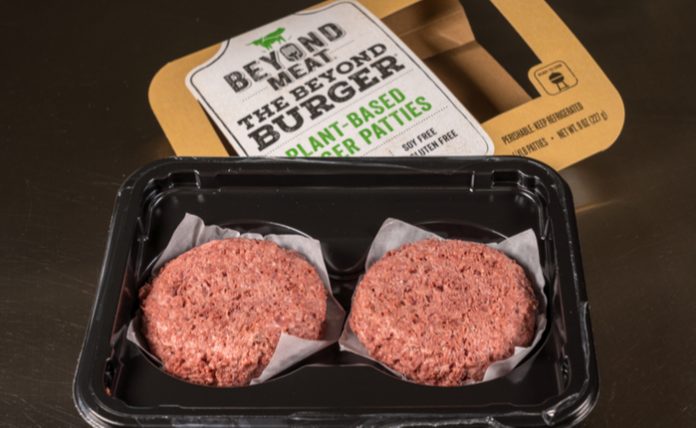 The top-performing IPO of the year wasn’t any of the major tech unicorns that previously had captured the market’s attention. Rather, it was a company that few would have guessed would become the top-performing IPO on the U.S. Beyond Meat (NASDAQ: BYND) saw its share jump from its initial $25 to as high as $230 in July. However, the stock has been in a steady decline since. On Wednesday, the company fell by over 7% in a single day, dipping below $100 per share for the first time since June as short sellers begin to pick away at the stock.

The main reason as why this has happened is due to the fact that the company’s lock-up period, an agreement that all IPOs sign where initial shareholders and insiders are unable to sell off their shares to the public, expires in a few days. On October 29th, Beyond Meat’s insiders will be able to do whatever they like, and most experts and speculators alike figure that they’ll be anxious to lock in some of their gains.

Almost 80% of the company’s outstanding stock, or around 48 million shares, will become freely available on the public markets, but most are anticipating a sudden influx of people looking to sell their shares. Short sellers are banking on this assumption, but they also find it easier to short shares of the company now that more of the stock is available on the markets in the first place to borrow.

This ongoing decline comes at a strange time, as the company has continued to post positive developments over the past few months. This includes a partnership with McDonald’s to test a plant-based burger in Canada using Beyond Meat’s patties alongside another similar partnership with Dunkin’ Donuts in the U.S.

However, it seems that this ongoing decline, as well as the extraordinary rise that preceded it, has been fuelled more by speculation than anything more substantial. With Beyond Meat having lost over 60% of its peak-high market value, investors are also beginning to realize that the alternative meat space is becoming increasingly crowded with competitors. Many analysts are also warning that the barrier to entry in this market is quite low, with major food giants such as Kellog, Hormel, Tyson, and Nestle all working on developing their own alternative-meat products.

Overall, it seems like the hype behind Beyond Meat has mostly dissipated. Don’t be surprised if shares decline even more once the lock-up period finally expires.

Beyond Meat Inc is a food company based in the United States. It offers a portfolio of revolutionary plant-based meats. The company has developed three core plant-based product platforms including beef, pork and poultry. Its flagship product is The Beyond Burger, is designed to look, cook and taste like traditional ground beef. It generates revenues primarily from sales of its products, including The Beyond Burger, Beyond Sausage, Beyond Chicken and other plant-based meat products. Its customers include mainstream grocery, mass merchandiser and natural retailers, as well as restaurants and other foodservice outlets mainly in the United States. – Warrior Trading News