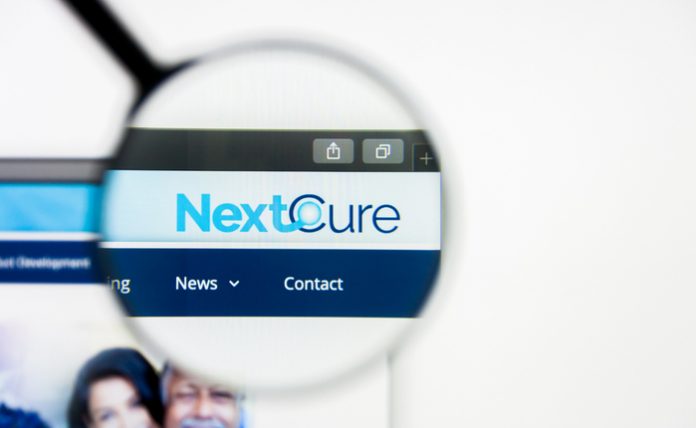 One of the biggest surges on Tuesday’s market was a biotech company that focuses on treating cancer and immune diseases. Shares of NextCure (NASDAQ: NXTC) skyrocketed over the course of the day, almost tripling in value after the company reported impressive results for a potential cancer treatment its been working on.

More specifically, NextCure provided updated clinical trial data from a number of non-small cell lung cancer patients which showed significant improvements overall. Reporting at the SITC annual meeting in Maryland alongside a later webcast event, the company reported that patients taking NextCure’s only drug candidate, NC318, saw tumors shrink in this early stage trial. The company went public only recently back in May, and its cancer drug is the only potential product it offers at the moment. As such, NextCure has put all its eggs into one basket, and it appears to have paid of.

The news initially sent shares skyrocketing by over 60% before the stock ended up being halted. This was also partially due to the expiration of the company’s lock-up period which prevented insiders from being able to sell their shares to the public market. After the company started trading again, however, shares ended up surging by 270%.

Cancer drugs are a hot area in the biotech world right now, with a number of companies producing treatments specifically for non-small cell lung cancer. Merck & Co, in particular, has hit a home run with its own cancer drug, Keytruda, which has seen sales skyrocket to potentially becoming the number one drug in the world ahead of Humira.

However, while there is some competition in this area, the market is large enough that smaller biotech stocks like NextCure stand a good chance of gobbling up at least a big of the market, enough to add billions in annual revenue.

However, while there is plenty of hype now surrounding the company, these results were extremely early, meant more like a proof-of-concept than a rigorous, in-depth study. Only 32 patients were evaluated with various dose strengths. More thorough studies will need to be conducted before NextCure can hope to receive FDA approval, and such a process will likely take years.

In the world of biotech, plenty can change over a period of years, and a number of promising treatments have fallen off the bandwagon due to a single bad clinical trial result. While NextCure is definitely showing some promise at this point, it has a long way to go before its key drug is researched enough, let alone before being sold in the markets. Time will tell how the company fares in the future, but there’s still a lot that can go wrong until then.

NextCure Inc is a clinical-stage biopharmaceutical company committed to discovering and developing immunomedicines to treat cancer and other immune-related diseases by restoring normal immune function.

It is focused on understanding biological pathways, the interactions of cells and the role each interaction plays in an immune response. The company’s product candidate, NC318, is a immunomedicine against a immunomodulatory receptor called Siglec-15, or S15. – Warrior Trading News