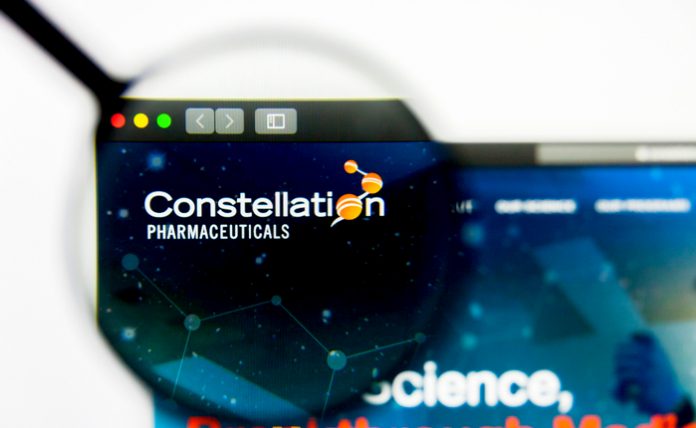 Constellation Pharmaceuticals (NASDAQ: CNST) had a stunning day during Wednesday’s trading session as the stock surged by over 90%, although it has given back some of those gains in after-hours trading. The $940 million market cap biotech stock released not only its Q3 financial results, but also some promising findings in regard to a bone marrow cancer treatment that it had been developing.

Cancer therapies are among the most popular biotech drugs in the entire market right now, with both large-cap pharmaceuticals as well as small, niche companies angling to develop drug candidates in this promising field. Considering how large and lucrative the market can be, it’s not surprising for a stock to jump after announcing even just moderately positive results for a cancer drug.

That’s what happened with Constellation, which reported results of a phase 2 clinical study which tested its experimental treatment CPI-0610 and how effective it was in treating myelofibrosis, a rare type of bone marrow cancer which compromises a patient’s ability to produce blood cells. This condition ends up causing significant scarring inside one’s bone marrow, as well as symptoms of fatigue and weakness due to severe iron deficiency (anemia). CPI-0610 demonstrated encouraging results that were sufficient to justify further studies from the company.

“Our clinical programs continued to advance during the third quarter,” said Jigar Raythatha, CEO and President of Constellation Pharmaceuticals in an official statement. “We are particularly pleased with new MANIFEST data on CPI-0610 in myelofibrosis published today in abstracts by the American Society of Hematology (ASH). The data in the abstracts show signs of encouraging clinical activity in both JAK-inhibitor-naïve patients and ruxolitinib-refractory or -intolerant patients.”

Shares of Constellation Pharma spiked by 90.3% following this piece of news but have since given back 7.5% in after-hours trading. This marks a new all-time high for the company’s stock, almost doubling its market cap. Although only a handful of Wall Street analysts are covering this stock right now, the vast majority of them have positive “buy” ratings on this biotech stock.

These types of jumps are pretty common in the biotech world and are likely to fade away over the coming weeks as the hype settles down. Time will tell whether Constellation ends up with a winning drug candidate, but it’s definitely going to be some time before it completes a phase 3 trial and eventually asks for FDA approval.