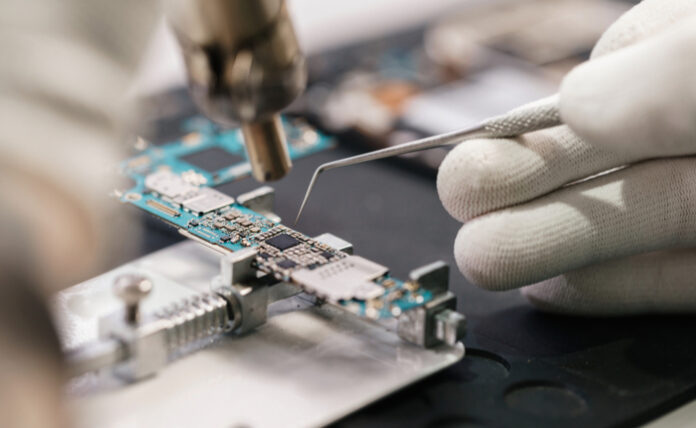 Your local high school Science teacher is going to like this a lot!

Breaking news today looks at a new smartphone kit that planners say will be able to allow us to use our phones as microscopes with up to 1000 times magnification, with no pixelation or breaking down.

The DIPLE company is known for making stick-on smartphone lenses, but now it has been working on a kit, including prepared slides, that relies on the phones zoom camera feature for magnification of a significant kind.

Those who are interested in a preview can take a look at the company’s Instagram or see some images in coverage, for example, at this piece from James Vincent at The Verge.

Everyone knows the rise of smartphones has put powerful cameras in our pockets, but we forget these cameras can also be transformed into powerful microscopes,” Vincent writes. “(DIPLE offers) a static, back-lit setup for more stable microscopy. It trades portability for consistent results and higher levels of magnification. DIPLE also makes the use of prepared slides (when a sample is sandwiched between two pieces of glass) much easier. The kit is smallish, the size of a smartphone box, and it offers three levels of magnification (35x, 75x, and 150x), which can be increased using your phone’s zoom.”

This new type of feature is set to be a game-changer in the way that we use our cell phones.

Not too long ago, it was groundbreaking to be able to take high-quality, high-resolution digital images with a smartphone camera.

Now, the common user will be able to wade into the world of the nanoscale to examine items like hair, blood and other types of trace DNA.

A lot of the progress behind these innovations has to do with Moore’s law, where prescient pioneer Gordon Moore predicted in 1950 that the number of transistors on a circuit would double every two years.

Interestingly enough, just like we can now make smartphones with cameras that function as microscopes, engineers and manufacturers also need microscopes to manufacture semiconductors, because of the dramatic decrease in size.

“Today, transistors on integrated circuits have reached a size so small that it would take more than 2,000 of them stacked next to each other to equal the thickness of a human hair,” explains Jonathan Strickland at HowStuffWorks. “Conventional light microscope lenses can only focus on objects half the size of the wavelength of visible light or larger. You have to rely on special equipment like scanning electron microscopes to create an image of something on so small a scale.”

As for future innovations, many expect new techniques like quantum computing to pick up where Moore’s law left off. However, not everybody had thought about the realm of possibilities that emerge when we can all use the phones in our pockets to become our own forensic scientists – what’s that going to do for discovery in the legal field, or telemedicine?

Keep an eye on these very interesting developments!