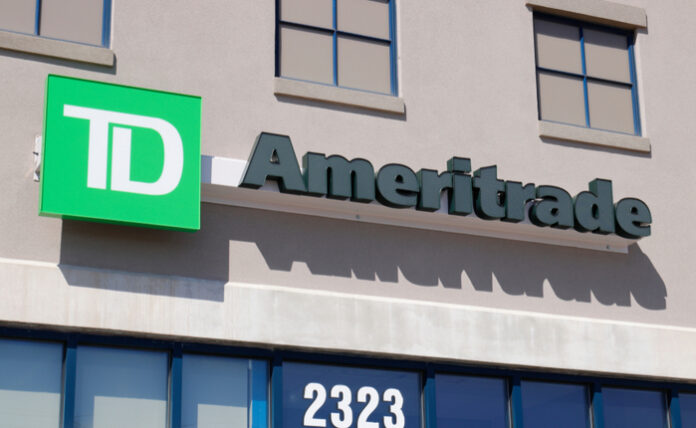 One of the biggest winners on Thursday’s market is a well-known brokerage that many of you likely are familiar with. TD Ameritrade (NASDAQ: AMTD) jumped after news broke out that another major brokerage, Charles Schwab (NYSE: SCHW), said that it is considering buying out TD Ameritrade.

Should the two companies come together, the combined entity would create a massive company with over $5 trillion in total assets. Schwab is considering to pay as much as $25 billion to buy out TD Ameritrade as the industry continues to undergo a major shift. Over the past few months, almost every major brokerage announced that they plan to move to a zero-commission structure, with Schwab being the first of the big players in this space to make this announcement. Fidelity and TD Ameritrade quickly followed with their own zero commission announcements.

“Consolidation thus far has been good and I think that will probably continue to be the case here,” said JMP securities analyst Devin Ryan in light of this news. “The key thing is what does the consumer get out of this. Ultimately the consumer’s been treated very well with lower commission pricing, their getting paid more on a lot of different parts of the platform.”

While a major development, it certainly isn’t a totally unexpected one. Earlier this year, Schwab’s founder and Chairman, Charles Schwab, went on to say that these types of mergers in the brokerage sector were to be expected and that the company would consider buying out another brokerage for the right price.

While the move to zero-commissions is great for traders, it does put into question how retail brokerages will be maintaining their profits. Ever since Robinhood offered a free, stock trading platform – albeit a more amateurish one compared to its competitors – companies like Schwab and TD Ameritrade have been pressured to consider going fee-free. After several years of waiting, they’ve finally made the jump.

Shares of TD Ameritrade jumped by 16.9% in response to the news, making it the best single day in well over a year. Charles Schwab was also up significantly, up 7.3% over the course of the day. At the moment, analyst sentiments surrounding TD Ameritrade are mixed, with most Wall Street experts having a neutral “hold” position on the stock. However, over the past 3 months, the number of positive “buy” ratings have steadily declined as analysts feel less confident in general in the company. This possible buyout offer, however, seems like a good move for the company in general, something that most analysts will likely agree on.

TD Ameritrade is a leading retail brokerage and advisor services firm. Its largest shareholder is Toronto-Dominion Bank, which beneficially owns more than 40%. The firm offers trading in stocks, bonds, options, and other asset classes. After commission pricing cuts in 2019, TD Ameritrade will derive approximately 65% of its revenue from interest-rate-related income and fees, 20% from commissions and transaction fees, and 15% from investment product and other revenue. Practically all of the company’s revenue is generated in the United States. – Warrior Trading News