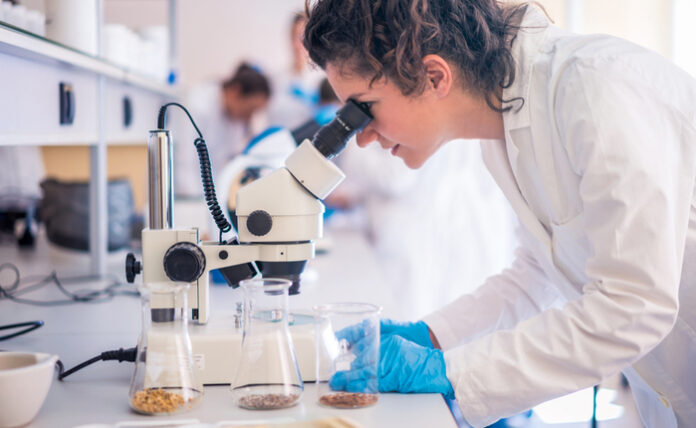 Gene-editing is one of the most exciting areas in the biotech world, something that’s understandable given the sheer potential of this area. Previously incurable diseases that affect millions of people can now be treated once and for all with technology that previously would have been considered science fiction.

However, there’s still a long way to go before gene-editing becomes mainstream, and safety concerns are a major hurdle for companies in this space. Sangamo Therapeutics (NASDAQ: SGMO) ended up plummeting today when it announced that patients taking its new drug had reported some strong side effects.

Sangamo reported results for its phase ½ clinical study for its ST-400 drug, which targets patients with rare blood disorders such as beta-thalassemia. The first three patients taking ST-400 experienced strong results, with their hematopoietic stem cells doing well after the gene-editing drug took effect. However, the side effects reported were rather severe. One patient reported severe hypersensitivity during the treatment, although the problem resolved itself by the end of the treatment.

Medical professionals covering the study have said that the full effects of this treatment can take anywhere between 12 to 18 months to fully manifest. Until then, long-term follow-ups will necessary to fully understand any potential side effects from the treatment. However, these initial reactions were enough to get investors startled.

“The early experiences with the first three patients enrolled in this first-in-human study of ST-400 are providing useful insights into the patient characteristics, product characteristics and outcomes, including the relationship between patient genotype, phenotype, age, CD34+ cell dose, editing efficiency, and induction of fetal hemoglobin,” said Adrian Woolfson, Head of Research and Development at Sangamo Therapeutics in a press release.. “Our understanding of ST-400 will continue to evolve as we follow the progress of these and additional patients in the coming year, and those dosed in Sanofi’s BIVV003 clinical trial, which is evaluating the same gene-editing approach in sickle cell disease.”

Shares of Sangamo ended up falling by 12.2% over the course of the day in response to the news but recovered around 3% in after-hours trading. Out of the eight Wall Street analysts covering the stock, five of them have a positive “bull” rating while three are more cautious with “neutral” ratings.

While gene-editing as a market has plenty of growth potential, its harder to decide which individual company is going to do well. While Sangamo isn’t considering among the top two or three companies in the sector, it’s definitely one of the top ten gene-editing stocks at least in terms of market cap. Time will tell whether or not it’s drug treatments will become a success, but at this point, it’s treatments are still too early in the clinical pipeline to tell either way.