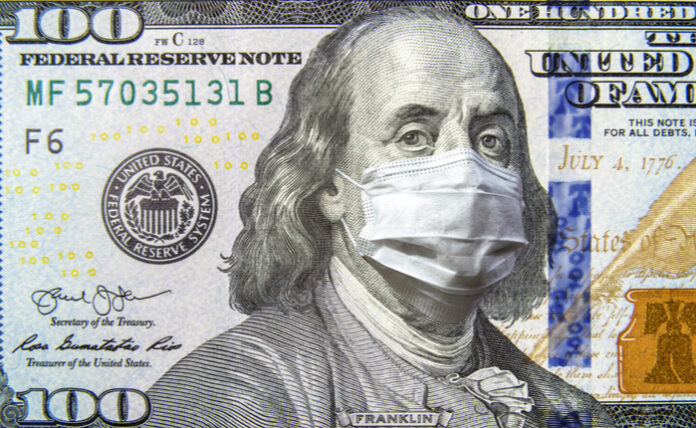 Although concerns surrounding the COVID-19 pandemic seems to be dying down with countries around the world starting to ease up on lockdowns, many people are still quite pessimistic about this issue. A number of economic advisory organizations have warned that the aftereffects of this global lockdown could last well until 2021 or 2022. However, one U.S. budget agency has gone on to say that it could take as long as ten years before things return fully to normal.

The Congressional Budget Office went on to say on Monday that it expects U.S. economic output to decline by $7.9 trillion between 2020 and 2030 in comparison to its previous estimates. The organization also went on to say that the U.S economy won’t return to pre-coronavirus levels of forecast economic growth until 2029. Even despite the $3.3 trillion economic stimuli already put into effect by Congress, this will – at best — only have a partial effect on restoring the economy to its previous state.

Many analysts on Wall Street agree with the Congressional Budget Office’s opinion. Michelle Meyer, chief economist at Merrill Lynch, said that “After you get the initial bounce of economic activity simply from removing the lockdowns, I think what we’ll see is an economy that is running at a level of activity notably below where we were prior to Covid. It’s going to take a long time to heal. There will be scars as a result of such a painful shock of the economy.”

As for more immediate, short-term predictions, the CBO went on to say that it expects U.S. GDP to be 5.6% smaller in Q4 2020 than it was one year ago. In comparison, the organization had predicted that the U.S. would see a 2.2% GDP growth rate before the coronavirus pandemic broke out.

One of the biggest signs of economic weakness is the relatively weak manufacturing sector in the U.S. as well as other countries. The American Institute for Supply Management’s manufacturing index, a crucial metric for whether manufacturing is growing or shrinking, came in at 41.5 in April, the lowest its been in 11 years. Any value above 50 means that manufacturing grew that month, while any value below 50 shows a shrinkage. While May’s figures rose to 43.1, its anyone’s guess as to when U.S. manufacturing will start growing again.

Service industries, while more severely hit by this lockdown, as expected to see a dramatic comeback in the upcoming weeks as lockdowns expire and companies start opening once more. Unemployment figures are also expected to dip a little, although it is expected that a full recovery in terms of lost jobs won’t be coming anytime soon. While certain positions, like minimum-wage and part-time jobs, can be recovered quickly, higher-paying full-time positions that have been laid off due to this pandemic tend to take a longer time to recover, if at all.

As for the many companies now at risk of going out of business, its expected that the bulk of coronavirus-induced bankruptcies will be weeded out this year, with the surviving businesses making at least a partial recovery in 2021. Industries most at risk of seeing major bankruptcies across the board include major airlines and airplane makers.