Home Blog Posts Cash, Cryptocurrency, and the COVID-19: Changing the Way We Pay 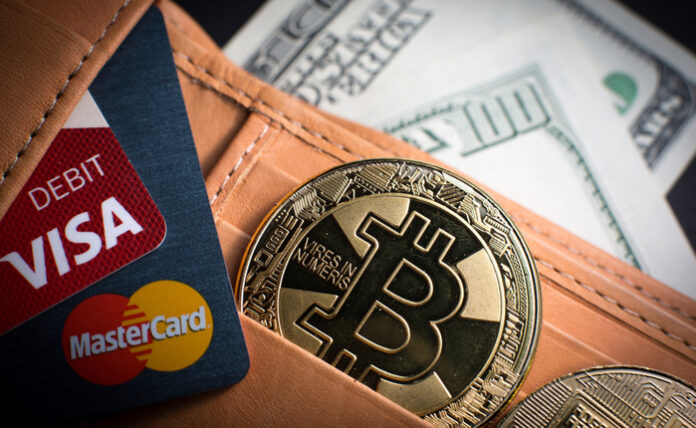 According to the United Nations, by early April some 190,000,000 jobs were lost worldwide in the wake of the global pandemic. Here in the US, the virus has forced the closure of businesses in every category, from iconic restaurants to Apple stores.

Restaurants, bars, fitness clubs, and other businesses where people congregate in close proximity to one another have been particularly hard-hit. But as businesses begin to reopen, some experts are noting that lack of social distance isn’t the only risk factor that needs to be addressed for businesses to operate safely.

New research suggests that the coronvirus can live on paper for up to five days and on coins for even longer. That makes businesses that rely largely on cash transactions and the people who work there particularly vulnerable. Wait staff who receive cash tips, baristas who collect a few dollars at a time for cappuccinos, convenience store clerks, and all the customers who interact with them may be unwittingly setting the stage for a resurgence of the virus.

The risks of handling cash don’t stop with small businesses. Cash circulates. In response to the global pandemic, the Chinese government has mandated that banks sterilize cash—UV light is used for this purpose—before releasing it to the population.  But while the US has surpassed China in the number of COVID-19 cases, it has not ordered banks to sterilize currency. There’s a boatload of cash in circulation in the US and untold numbers of people are handling it.

Consider just one example. Over the past several months, the federal government has sent out about $218 million in coronavirus relief funds. While many citizens received their $1200 via direct deposit, about 20 million of them were mailed paper checks. Those checks had to get to the bank somehow. With most banks no longer doing face-to-face business inside their branches, many check recipients deposited their checks through ATMs and drive-through tellers. And many of them withdrew their funds as cash. A lot of it. Crises of the magnitude of the coronavirus often unleash people’s primal fears and cash-hoarding during such times isn’t uncommon.

The risk, however small, of viral contamination through handling paper, is rendered large when you consider how many rapidly and widely the cash used in a single purchase circulates within a population. The average paper bill changes hands 55 times in a single year. Economically-disadvantaged people, who may not use banks as frequently and comprise a disproportionate number of check-cashing store customers, may be particularly vulnerable to infection.

Digital payments have been slowly transforming the economy since the first magnetic stripe credit cards were issued in 1975. The number of digital transactions worldwide is expected to reach 726 billion for the year 2020. People are increasingly using digital payment methods for smaller purchases, which suggests that a lot of lattes are changing hands without any cash changing hands. Touchless payments through applications such as Apple Pay and Google Pay are also surging during the coronavirus crisis as businesses ranging from tiny pizzerias to big box retailers respond to consumer demand for safer, more convenient payment methods.

Electronic bill pay via PC and mobile phone has been a feature of checking accounts for years, but soon the best checking accounts may be those that don’t involve fiat currency at all. Now cryptocurrency account holders have the option of paying their bills through crypto checking accounts. These use debit cards to connect crypto and traditional currencies. You can use many of them wherever VISA cards are accepted. While some of these cards are geographically-limited, a few companies now offer global cards.

While cryptocurrency isn’t backed by any government entity, governments are partnering with blockchain companies and researching how the technology is already influencing their economies and how it can be most safely integrated into the traditional financial realm. We can assume that some of that research will be focused on regulation, of course. Worldwide, there are already 50 million cryptocurrency users. That number has increased ten times since 2016. Just like businesses, governments follow the money.

This development, however, may only be an interim step. After all, if both you and your plumber have Bitcoin wallets, why shouldn’t you be able to transfer coins directly from your wallet to hers without ever exchanging your cryptocurrency for digital fiat currency? A number of web services now accept Bitcoin directly. As the world tried to limit the risk of viral transmission and moves away from cash, it’s likely that this trend will accelerate. Already there are several companies working on ways to make pure crypto payments a seamless reality for consumers.

COVID-19 may well a tipping point—the event that pushes cryptocurrency out of the realm of speculative investments and into the world of everyday expenditures for average Americans. Ironically, he same emotion— fear—that prevented them from investing in virtual currency in the first place may drive them right into the arms of the new digital economy. And that fear isn’t just rooted in the risks of handling cash. At the same time that stock markets are crashing worldwide, Bitcoin trading is on the rise. Cryptocurrency appears to be hardier and weathering the economic chill brought on by the coronavirus crisis better than many other investments.

Susan Doktor is a journalist and business strategist who hails from New York City. She writes, guest-, and ghost-blogs on a wide range of topics from finance and technology to real estate, fitness, and food and wine. Follow her on Twitter @branddoktor.