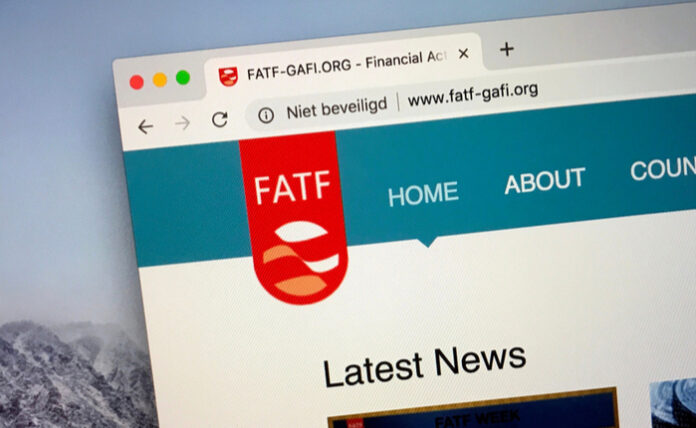 Some of the biggest news in crypto and digital assets revolves around the Financial Action Task Force or FATF, an international group meeting in Paris this week.

Ian Allison at Coindesk reports that the group is focused on resolving something called the “travel rule,” which would bring some consistency to the handling of digital assets in international transactions and other aspects of digital asset handling.

Allison notes that the rule would require transaction stakeholders to release beneficiary and original know your customer information attached to these transactions.

Other protocols being advanced have to do with wire transfers, and innovating from the old SWIFT method that now, in the age of defi, looks pretty shabby.

Members are called upon to demonstrate progress in these areas.

With 37 member states, FATF is a major player in the evolution of digital assets, whether these are decentralized coins, central-bank digital currencies, tokenized assets or anything else. FATF is exactly what is needed – success in fintech development will require these particular kinds of coordinated international planning, in order to make sure that these virtual assets can be issued and traded around the world with a high degree of order and consistency.

“The challenges of cross-border regulation are, of course, not new at all, but they have accelerated over the years as technology has facilitated the integration of our world, and with it, the financial markets,” said U.S. SEC commissioner Hester Pierce last year, according to a published transcript at the Harvard Law School Forum on Corporate Governance. “Although there have been overseas investors in American markets since the colonial period, more recent innovations in technology—especially the internet—have greatly facilitated the integration of our world. Cross border transactions now occur almost instantaneously, without either party ever leaving its own country’s shores.”

Follow this activity closely, because it will influence how hodlers and others adjust their portfolios as our digital asset classes mature and evolve – quickly.