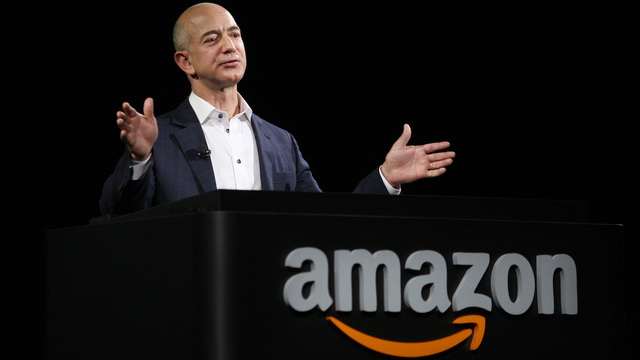 Following on the heels of a major congressional hearing, a number of major tech companies have announced their financial results on Thursday. In particular, Amazon (NASDAQ:AMZN) reported incredibly impressive results for its fiscal third quarter, impressing even most analysts that were expecting strong revenue figures from the online giant. Among other things, Amazon reported a 40% increase in revenue, a staggering figure for a company that’s already so large.

Total revenue for the quarter came in at $88.9 billion, a new record for the company. This is despite paying an extra $4 billion over the past three months to help improve its supply chain and hiring additional employees. Profits have also jumped substantially, doubled to a record $5.2 billion. This is much higher than what most analysts were expecting for the quarter.

“The internet is the connective glue in Apple devices, Facebook ads, the Amazon shipments. Ultimately, we think there is a more permanent tailwind behind these big tech companies,” commented Jefferies analyst Brent Thill. Amazon’s CFO, Ruth Porat, went on to add in a statement that while the company isn’t out of the woods yet in terms of coronavirus-related expenses, it’s previous investments to improve the company’s supply chain is paying off in increased sales.

While the sheer financial success of Amazon is good news for shareholders, it’s also keeping the spotlight firmly in the face of big tech companies. Despite this year being one of the sharpest economic declines in history, the growing dominance of companies like Amazon is only fanning the flames of certain worries in Capitol Hill regarding the power of these businesses.

The company also announced earlier today that it would be investing over $10 billion into the creation of a satellite internet system after receiving federal authorization. This would compete directly with SpaceX’s already established Starlink network and would see amazon launch over 3,200 separate satellites into Earth’s orbit. While this project won’t immediately have a financial payoff, this move could make Amazon one of the leading internet service providers as well, further cementing its position as a giant in both online retail as well as tech.

Shares of Amazon are up a substantial 5% in response to the news, a big deal for a $1.5 trillion market cap company. For the year, the online retailer is up a staggering 60% as more people than ever turn to online shopping, even despite the fact that regular stores are opening up again once more.