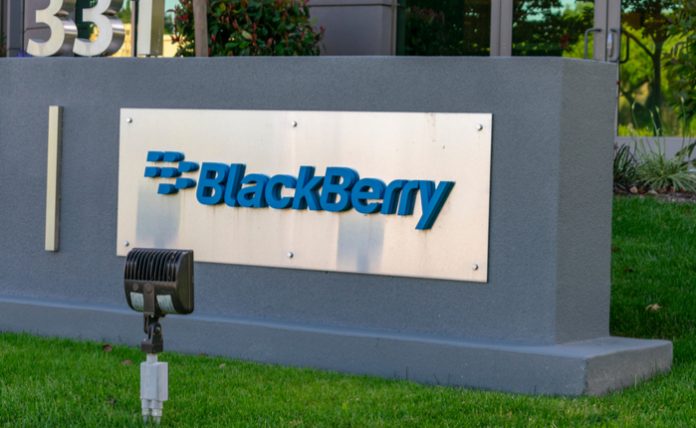 One of the more surprising pieces of news that emerged prior to the weekend had to do with a long-standing legal feud between two large tech companies. In particular, BlackBerry (NYSE: BB) saw its shares surge substantially on Friday after rumors began to circulate that the former smartphone manufacturer had supposedly settled its patent dispute with Facebook (NASDAQ: FB).

A court filing disclosed that both companies are currently in advanced talks about resolving their long-term legal conflicts. The filing goes on to say that “the parties are in the process of implementing a global settlement agreement that will resolve all claims and counterclaims in this action.” While there wasn’t much else in the way of details, representatives seem to have confirmed that the matter is now settled. “We have resolved our disputes pursuant to a confidential agreement and have no further comment,” added BlackBerry Spokeswoman Karen Clyne in an email.

BlackBerry first sued Facebook back in 2018, claiming that the company’s widely used apps, including Instagram, WhatsApp, as well as the Facebook app itself, had been using software and intellectual property developed by BlackBerry first. In response, Facebook ended up filing its own lawsuit against BlackBerry over its mobile patents.

Shares of BlackBerry ended up jumping almost 20% on Friday in response to the great news but ended the day up around 8% instead. Facebook’s stock didn’t really move that much, with the news being more of a win for BlackBerry than it is a victory for the social media giant.

The previous year has been a good one for the former smartphone manufacturer, which is moving to transition into software instead. Back in 2016, the company, after realizing it was failing in comparison to Android and Apple smartphones, sold its BlackBerry phones to a Chinese company in order to pivot to software development. Among other achievements, BlackBerry announced earlier in 2020 that it had scored a major partnership with Amazon Web Services, just one of many major contracts the company has since achieved.

Despite this, most Wall Street analysts covering BlackBerry remain quite neutral about the stock’s prospects. At the moment, only one analyst has a buy rating, while six are neutral, and two think you should sell the stock. That’s partially due to the fact that BlackBerry’s recent financial results ended up falling short of most people’s expectations. Time will tell whether or not the company will succeed in the software world or not.

BlackBerry, once known for being the world’s largest smartphone manufacturer, is now exclusively a software provider with a stated goal of end-to-end secure communication for enterprises. The firm provides endpoint management and protection to enterprises, specializing in regulated industries like government, as well as embedded software to the automotive, medical, and industrial markets. – Warrior Trading News