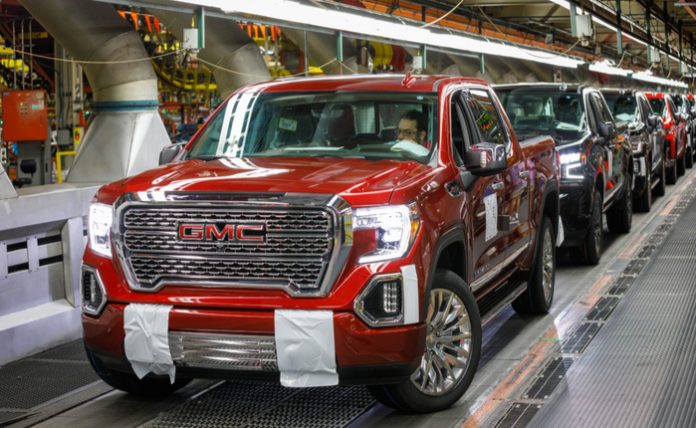 If you haven’t been following the news, there’s an ongoing shortage of much-in-demand semiconductor chips for the past while now. The worst-hit companies are car manufacturers, which have had to dial back their total output due to a lack of this crucial component. General Motors (NYSE: GM) announced on Thursday that it would be shutting down production in several North American factories following this chip shortage, in addition to extending shutdowns in a number of other facilities as well. It’s just the latest in many similar announcements taking place across the industry.

The American automobile manufacturer said that three plants that were previously working at full capacity would be either shut down or cut down to partial capacity. The main car models affected by this are the Cadilla XT5, the Chevrolet Traverse SUV, and the XT6 SUV.

While General Motors was the most recent car company to make such an announcement, the rest of the auto industry has been under similar pressure. Car companies have been forced to deal with a shortage of semiconductor chips since 2020, which are used to control the software used in modern cars. While other industries, such as gaming, have been impacted by this chip shortage as well, the auto sector still remains the worst-hit sector by this situation.

The situation has gotten so bad that the Biden administration has gotten involved. The President said that he ordered a supply-chain review to address the chip shortage problem. Plant closures in Texas during a major storm in February ended up further hurting chip supplies, while this recent Suez Canal blockage has only made the situation worse, even if the incident lasted for only a few days.

“We fully recognize that this is an issue that is impacting industries across the country, including the auto industry,” said White House press secretary Jen Psaki in a statement on Thursday. Biden administration officials are expected to meet up next week with chipmakers to find a solution to the problem.

Shares of GM are down around 1.9% in response to the news, with further dips continuing in Friday’s pre-market trading. Over the past few months, GM has done incredibly well for itself following its rebranding efforts. The company ended up adopting a new logo as well, part of a larger campaign towards embracing electric vehicles and transitioning out of regular cars. While that’s still a long way away, it seems shareholders and happy about how the company has rebranded itself. In contrast, EV stocks like Tesla (NASDAQ: TSLA) are down significantly so far this year, marking a pretty strong reversal in the otherwise fast-growing EV market.

General Motors Co. emerged from the bankruptcy of General Motors Corp. (old GM) in July 2009. GM has eight brands and operates under four segments: GM North America, GM International, Cruise, and GM Financial. The United States now has four brands instead of eight under old GM. The company remains the market leader in the U.S. with 17.3% share in 2020. GM Financial became the company’s captive finance arm in October 2010 via the purchase of AmeriCredit. – Warrior Trading News