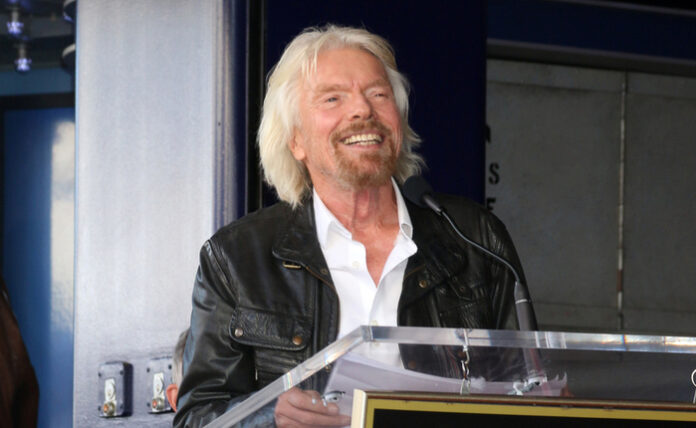 Space stocks have emerged as one of the most exciting plays in the tech world right now. Although there is relatively little in the way of competition, billionaires like Elon Musk and Jeff Bezos are both doubling down on their own respective space start-ups. At least in the short term, the biggest growth opportunities will come from satellite launches and defense applications, although space tourism could become a big deal also. Oddly enough, one multi-billionaire, Sir Richard Branson, had sold more than $150 worth of Virgin Galactic (NASDAQ: SPCE) stock before the weekend, which sent shares of SPCE tumbling.

The news came as a surprise for many investors, which took this as a bad sign for the company. Some shareholders have wondered whether Branson might be abandoning the company slowly and steadily in favor of other endeavors. The billionaire has already sold around $500 million of Virgin Galactic stock so far ever since the pandemic began.

Virgin Group, the holding company that owns Virgin Galactic and the rest of the Virgin brand, said that this transaction is to help raise funds for its other businesses. Virgin Airlines, in particular, has been hard hit by the pandemic. Branson had previously made news back in 2020 when he was supposedly offering his private islands up as collateral in exchange for much-needed loans from the British government.

According to an official statement from Virgin Group, this cash would be used to “support its portfolio of global leisure, holiday and travel businesses that continue to be affected by the unprecedented impact of COVID-19.”

While Virgin Galactic is focused mainly on space tourism, the overall space sector is considerably larger. There’s a growing demand for satellite and satellite support services, whether that be for defense purposes or for helping expand global internet and broadband access. Additionally, demand for cheap rockets is skyrocketing as well, with some analysts talking about sending courier packages by rocket instead of using plane or boat.

Beyond that, there’s the possibility of space mining as well as colonizing the moon and Mars. However, that remains still quite far away in the distance, likely many decades.

Shares of Virgin Galactic fell by around 12% just before the weekend in response to the news. Although the stock is now picking back up a bit as investors come back from their weekends, shares are still down from their pre-weekend highs. While analysts are extremely bullish about the space industry in general, Russel Brunson’s specific space start-up isn’t attracting as many die-hard fans as Musk and Bezos’ own start-ups are.

Elon Musk’s SpaceX has already been launching rockets for a while now, and Bezos’ Blue Origin is working on taking people to space sometime soon. In comparison, Virgin Galactic seems to have fallen a bit off the radar in comparison to these two big names. It’s also peculiar in that Virgin Galactic is a publicly-traded stock, whereas SpaceX and Blue Origin are still private. However, it makes sense that investors can become overly focused on what they can’t have yet, instead of what’s available to them right now.