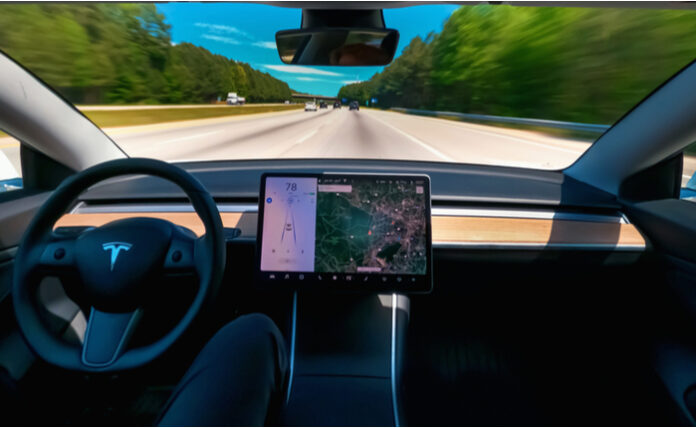 Electric vehicle (EV) stocks took a big hit on Monday as traders reacted to some unfortunate news over the weekend. It appears that there was an accident regarding one of Tesla’s (NASDAQ: TSLA) cars that were driving on autopilot. According to the forensic investigation, the car had apparently been operating on Tesla’s autopilot software, which had apparently caused the crash in the first place. Following the news, shares of most EV stocks ended up tumbling.

Tesla has been rolling out a new version of its autopilot driving software, simply called “full self-driving.” While there always has been some concern about the idea of self-driving cars, today’s incident did a lot of damage to the reputation of Tesla’s self-driving program. Investigators at the incident said that they were almost completely sure that no one was at the wheel of the car, which could confirm that it was indeed on autopilot.

“Our preliminary investigation is determining—but it’s not complete yet—that there was no one at the wheel of that vehicle. We’re almost 99.9% sure.” said the constable that was present at the scene. On Tesla’s website, the company mentions that “autopilot and full self-driving capability are intended for use with a fully attentive driver, who has their hands on the wheel and is prepared to take over at any moment.”

Tesla has continued to say that its autopilot program is still under the driver’s control and that it can be taken over at any point in time. However, this isn’t the first time that a Tesla car has crashed. In March, another high-profile incident of a Tesla driver got into a car accident thanks to the car’s autopilot software. A number of other notable cases have popped up recently, causing federal regulators to look at Tesla with a lot more scrutiny going forward.

Shares of Tesla were down around 3.4% in response to the news. However, the rest of the EV sector was in the red as well simply by association. The biggest losers in this space include Arcimoto (NASDAQ: FUV), Lordstown Motors (NASDAQ: RIDE), Blink Charging (NASDAQ: BLNK), which were down 12.6%, 9.0%, and 7.6%, respectively. Most EV stocks have done incredibly well in 2020, although we’ve seen share prices tumble significantly so far this year.

Other companies working on providing self-driving solutions, such as software for self-driving cars, have fallen as well, thanks to this news. The most notable of which his TuSimple (NASDAQ: TSP), a autonomous truck IPO stock that has plummeted in light of Tesla’s ongoing troubles.