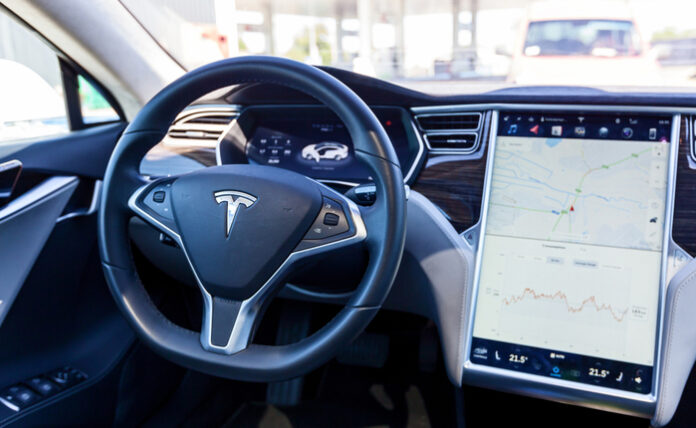 A new black eye for Tesla’s autopilot system may or may not be the driving factor in recent losses for the company’s stock price.

Consumer Reports has come out within the last 24 hours to maintain that their researchers were able to trick the Tesla into operating on autopilot, simply by putting weight on the steering wheel. The humans sat in the backseat, and the car sped around 1/2 mile track.

“Let me be clear: Anyone who uses Autopilot on the road without someone in the driver seat is putting themselves and others in imminent danger,” said CR’s senior director of auto testing Jake Fisher; CR had safety crews on hand and kept the top speed to 30 mph.

The story is more chilling because all Teslas are made with autopilot, and although Tesla specifically tells drivers not to cheat and rely on autopilot without sitting in the driver’s seat, some do, and some fatalities have resulted.

Many are asking why, with Tesla adding vibrant automatic sensor coverage in 360° around the cabin, the company did not choose to add some simple visual sensors to determine if a human driver is in the seat or not.

Tesla resources refer to a modern “neural net” offering vision, sonar and radar assistance capability, but specify that although Tesla autopilot does a wide range of evaluations on the road ahead, it should not be anything more than a copilot.

Experts also note that the Tesla autopilot system can turn off unexpectedly, which makes it even more dangerous if there is no human backup.

In correlation with the new reports, Tesla’s stock is off of its meteoric $800 highs. After climbing some 1000% during the last year, Tesla is down around $720 as of press time. That’s 3% from highs this month, and 20% down from six month highs at over $850.

However, it’s too early to tell whether Tesla’s waning stock price is a direct result of the autopilot news, or whether it’s simply hard to keep up the momentum that the electric car leader has enjoyed through 2020 and the beginning of 2021.

Either way, keep an eye on TSLA as electric car markets continue to thrive.