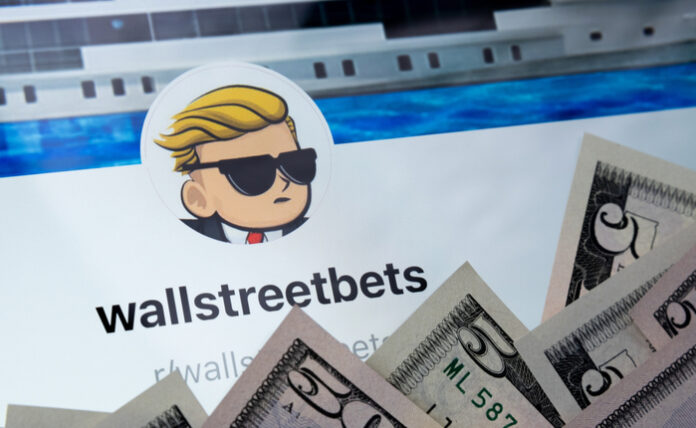 People have been wondering for a while now which stock will become the next “GameStop.” After shares of GME and AMC subsided in the past few weeks, it seemed as if social media traders on platforms like Reddit had quieted down. However, that’s far from the case, as these same traders appear to have just made another big stock market pick. Shares of MicroVision (NASDAQ: MVIS), a laser technology developer, shot up big time after traders on WallStreetBets started pushing the stock on Friday.

For those who aren’t familiar with MicroVision, it’s been a company that’s slipped under most investor’s radars. Previously a micro-cap tech stock with little in the way of revenue figures, the company quickly shot up and became one of the best performing laser beam scanning plays on the market right now. Thanks to the excitement surrounding electric vehicles (EVs) and self-driving cars, MicroVision has shot up on the prospect of its laser technology being used in these EVs.

WallStreetBets has seen traders talk about MicroVision before, but it was always in the shadows of GameStop and AMC, which we’re seeing much larger moves back in January and February. Since then, both of those stocks have died down in popularity, and the same social media traders that hyped up GameStop and AMC are now looking for another company that would fit the bill.

Going into the weekend, excitement and fervor in the subreddit continued to grow. There are posts about people going all-in, investing six to seven-figure sums all into MicroVision stock in the hopes that shares will skyrocket on Monday. Given all this excitement and buying momentum, it seems likely that shares are going to see some sort of a spike, at least in the short term. Whether you want to trade on that momentum is up to you.

Shares of MicroVision shot up around 37% on Friday in response to the initial wave of excitement. Since November of last year, MicroVision has seen its stock skyrocket from under $2 to around $18. Despite being worth almost $3 billion right now, the company has less than 80 employees and otherwise reports minuscule profits. The company literally reported just $395,000 in revenue for its fourth quarter while reporting a net loss of $3.9 million. In terms of financials, the company has little going for it right now.

With a price-to-sales (P/S) ratio of over 400, MicroVision is easily one of the most overvalued stocks on the market, at least in terms of traditional valuation metrics. Despite traders jumping on the excitement surrounding MicroVision, most long-term investors and analysts are staying clear of this stock or are outright bearish. If you want to play MicroVision in the coming days, it’s up to you. There’s definitely going to be a lot of volatility surrounding this specific stock this week.

Microvision Inc is engaged in developing a lidar sensor to be used in automotive safety and autonomous driving applications. Its lidar sensor uses laser beam scanning (LBS) technology which is based on systems that include micro-electrical mechanical systems (MEMS), laser diodes, opto-mechanics, electronics, algorithms and software. The company have also developed solutions for Augmented Reality, Interactive Displays, and Consumer Lidars. – Warrior Trading News