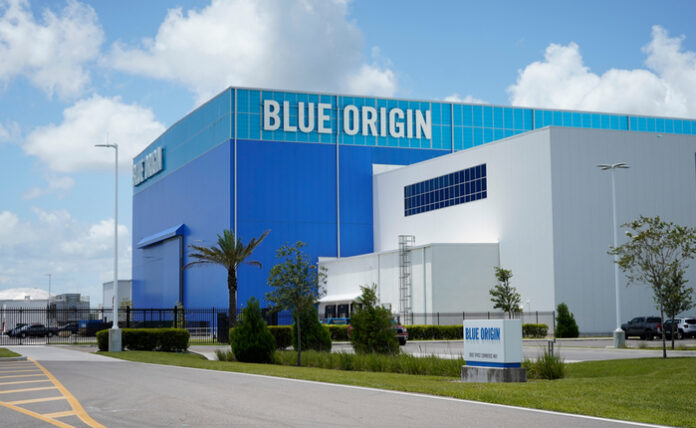 While the space sector is considered one of the most exciting, if not futuristic, growth sectors right now, there’s a lot of drama in this space, despite its relatively small size. Billionaires from all around the world are trying to get their own space-related start-ups “off the ground,” so to speak. This includes both Elon Musk and Jeff Bezos, both of whom are pitted in a brutal business battle against each other. As it turns out, Bezos’ space start-up, Blue Origin, is protesting against Musk’s SpaceX for its big NASA contract it was awarded.

Blue Origin filed a protest against the Government Accountability Office towards NASA, trying to challenge an exclusive $3 billion Moon lander contract that SpaceX won earlier in April. As the name suggests, the contract would involve developing a lunar lander that can carry astronauts to the Moon’s surface for future space missions.

While NASA was originally expected to pick two or three teams in the end, making them compete amongst each other for the best model, this decision of just picking one company, SpaceX, was surprising. Blue Origin said that this decision was “flawed” in a statement and that NASA was supposedly moving the goalposts.

“In NASA’s own words, it has made a ‘high risk’ selection. Their decision eliminates opportunities for competition, significantly narrows the supply base, and not only delays, but also endangers America’s return to the Moon. Because of that, we’ve filed a protest with the GAO,” said Blue Origin, according to CNBC. “In failing to maintain two sources…NASA’s selection decision creates a number of issues for the HLS program and puts all of NASA’s eggs in one basket.”

NASA gave SpaceX the lunar contact back on April 16th. In a statement, the agency described its decision based on three different criteria. While both SpaceX and Blue Origins had equal ratings in terms of technical capability, SpaceX was considered significantly less expensive. At the same time, NASA considered SpaceX’s management to be “outstanding,” while Blue Origin’s was just rating “very good,” one notch below.

Elon Musk was obviously elated at the news, calling the decision a “great honor” and a momentous occasion as it heralds mankind’s return to the Moon once again. Musk has frequently talked about colonizing Mars, hence why he came up with SpaceX in the first place. Both Elon Musk and Jeff Bezos met back in the early 2000s to talk about the budding space industry. While the two could have been friends, they ended up having differing visions for how to run their businesses, leading to the two becoming heated business adversaries today.

At the moment, both SpaceX and Blue Origins are privately-held companies. That means there’s no opportunity for regular investors to buy them at the moment. However, there are some space-related ETFs that people can buy, including some that have private equity stakes in SpaceX. Other rivals to these two companies include Virgin Galactic (NYSE: SPCE), which was founded by billionaire Richard Branson. However, the company has appeared to be struggling amidst a variety of issues. In contrast, SpaceX and Blue Origins have continued to do well, despite everything 2020 had to offer.