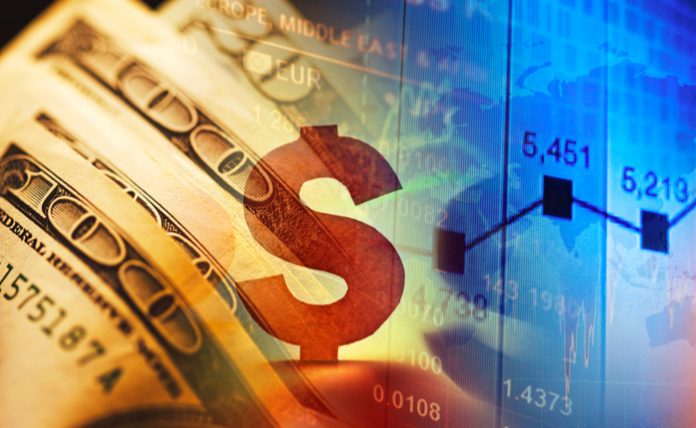 Markets set for a mixed session

US stocks are seen opening mixed on Tuesday, ahead of the release of international trade report and the Labor Department’s JOLTS report for April.

Economists expect international trade report for April to show a deficit of $69.0 billion for total goods and services trade in April, compared to a $74.4 billion gap in the previous month. The report is due at 8:30 a.m. ET.

Meanwhile, the Labor Department’s JOLTS report for April is expected to show job openings increased to 8.045 in April, versus a record 8.123 million in the prior month. The JOLTS report is scheduled for release at 10:00 a.m. ET.

Shares of Biogen (NASDAQ: BIIB) finished Monday’s regular trading session with a gain of $109.71, or 38.34% to $395.85 apiece after the Food and Drug Administration approved the company’s Alzheimer’s disease therapy, aducanumab.

The FDA approved the therapy after Biogen submitted evidence showing that a high dose of the drug can slow cognitive decline by about 22%.

Alzheimer’s is a progressive neurodegenerative disease that slowly destroys thinking skills and memory. It’s the sixth leading cause of death in the US.

Biogen announced it has priced the therapy, to be sold as Aduhelm in the US, at $56,000 per year.

Apple (NASDAQ: AAPL) is reportedly in early-stage discussions with China’s BYD Co. Limited and Contemporary Amperex Technology Co. Limited (CATL), about the supply of batteries for its rumored electric vehicle.

Reuters reported early Tuesday, citing four people with knowledge of the matter, that the talks are subject to change and it is unclear if a deal will be reached.

Two of the people said that CATL, which supplies major automakers including Tesla (NASDAQ: TSLA) is hesitant to set up a factory in the US because of cost concerns and political tensions between Beijing and Washington.

Apple’s plan of releasing an electric car means that the company will be competing with the industry’s top brands like Tesla, General Motors (NYSE: GM), and Nissan.