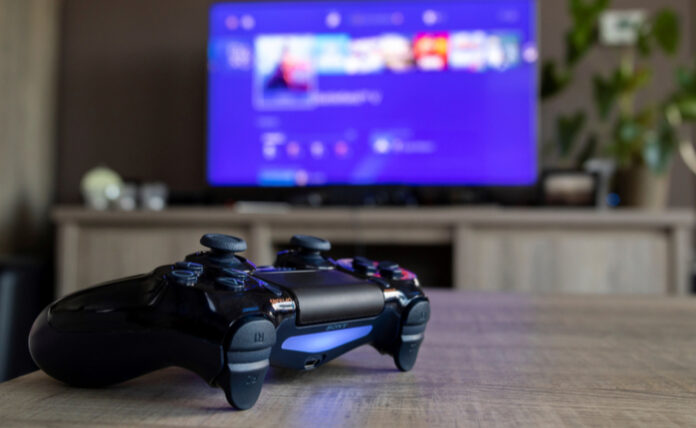 It looked right, so we didn’t question the assertion of onlookers evaluating a rigged network of Playstations in the Ukraine: that the group responsible for cobbling all of this hardware together was said to be doing it to mine Bitcoin.

As reported by the Ukrainian USB, law enforcement officials confiscated hundreds of the Playstations during a raid, along with other GPUs.

However, new reports coming out site a Ukrainian business publication called Delo are revealing that these Playstations weren’t actually set up to mine Bitcoin or any other cryptocurrency – but instead were part of a effort to collect in-game assets for FIFA Ultimate Team.

What would you call this practice? Gamecoining?

Lobumir Tassev writing for Bitcoin.com calls it a ‘FIFA bot farm,’ and describes these activities as a way to take advantage of play-to-earn philosophy.

“(Local utility) Vinnytsiaoblenerho released a statement, according to which the warehouse has never been occupied by a cryptocurrency farm,” Tassev writes. “Its employees were also unable to detect any signs of electricity theft during an investigation conducted with representatives of the regional branch of Ukraine’s State Inspectorate for Energy Supervision.”

Tassev also cites another term for this kind of activity in digital gaming:

“According to (Delo’s report,) the bot farm may have been used for grinding. That’s when gamers employ software to perform repetitive tasks in gameplay that reward the player with something valuable in the particular scenario like gaining experience points, for example, or raising a character’s level. The SBU declined to comment on the possible use of the hardware citing the ongoing investigation.”

So in addition to the practice of coinjacking, where hackers operate hardware to steal electricity for Bitcoin mining, we have to look out for this, too?

The diversity of shady practices going on around the world through the connected Internet mean companies will have to continue to look to harden their systems against attack or theft. This new gaming trend is a cautionary example.