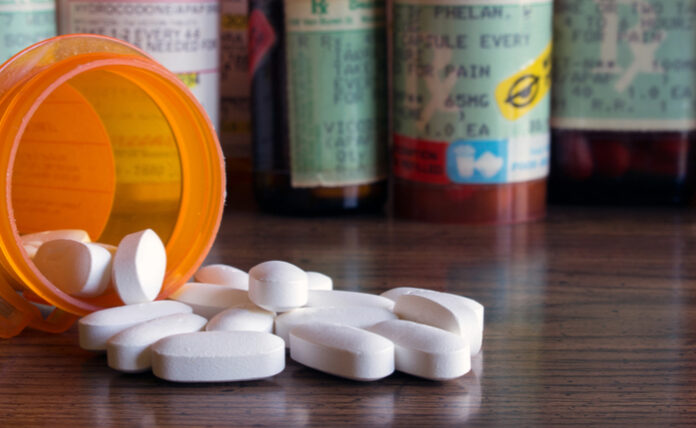 Opioid-related lawsuits have all but vanished in the minds of most investors amidst the current fears surrounding inflation, the Delta variant, big tech antitrust cases, and other hot-button issues. However, despite everything that’s going on right now in the markets, most large pharmaceutical companies have still been facing massive cases surrounding the (ongoing) opioid epidemic. According to sources close to one specific case, some of the largest drug companies in the U.S. are on the verge of settling a $26 billion multi-state lawsuit.

Thousands of lawsuits have been filed against dozens of different companies that either made opioids or distributed them. Amalgamated together into one major “super-case,” this massive court battle has been going on for years now. Although there wasn’t any significant doubt as to whether these companies would be found guilty or not, the real question has been exactly how much these companies would end up paying. The main companies involved in the case include Cardinal Health (NYSE: CAH), McKesson Corp (NYSE: MCK), AmerisourceBergen (NYSE: ABC), and Johnson & Johnson (NYSE: JNJ).

According to some people familiar with the case, an official $26 billion settlement is expected to be reached sometime this week, which would settle all of the many individual cases involved in the legal battle. Between 1999 and 2019, almost half a million people died due to overdoses of prescription and illegal opioids. However, some companies have struck individual deals between specific states outside of this ruling.

The state of New York, for instance, has specifically signed a $1 billion settlement between AmerisourceBergen, Cardinal, and McKesson halfway through the trial. Johnson & Johnson has also agreed to pay more than $263 million to New York as its portion of the settlement.

In particular, Johnson & Johnson has been facing more than a few major cases in recent years across a variety of its products. Besides its involvement in the opioid epidemic, the company has faced a major scandal over its baby powder products which have been found to be carcinogenic. Johnson & Johnson is now considering putting its baby powder business into a new corporation and having that entity declare bankruptcy.

Shares of most pharmaceutical stocks aren’t really moving much following the news. Although shares are expected to fall a bit as the $26 billion settlement is confirmed, most investor attention has been focused elsewhere. In contrast, vaccine stocks soared on Monday as news of the Delta variant continues to cause worry amidst the wider markets.

Johnson & Johnson is the world’s largest and most diverse healthcare firm. Three divisions make up the firm: pharmaceutical, medical devices and diagnostics, and consumer. The drug and device groups represent close to 80% of sales and drive the majority of cash flows for the firm. The drug division focuses on the following therapeutic areas: immunology, oncology, neurology, pulmonary, cardiology, and metabolic diseases. The device segment focuses on orthopedics, surgery tools, vision care, and a few smaller areas. The last segment of consumer focuses on baby care, beauty, oral care, over-the-counter drugs, and women’s health. Geographically, just over half of total sales are generated in the United States. – Warrior Trading News