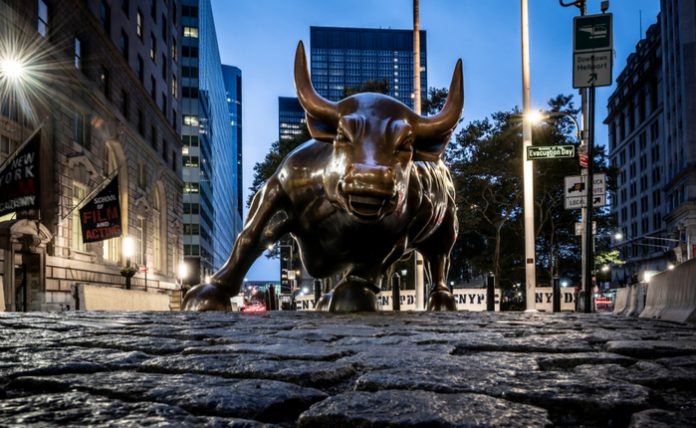 Futures point to a positive session

U.S. stock futures traded higher on Wednesday morning after the Dow Jones Industrial Average, S&P 500, and the Nasdaq Composite all finished the previous session with losses, despite an encouraging inflation report.

Data released by the U.S. Commerce Department showed that consumer price index (CPI) increased by 0.3% in August, with the inflation at 5.3% from a year ago.

The closely watched core consumer price index, a measure that excludes volatile food and energy prices, rose by only 0.1%.

Apple (NASDAQ: AAPL) on Tuesday unveiled its new iPhone 13 models along with a new Apple Watch and a more expensive iPad Mini.

The tech giant also introduced a redesigned iPad Mini, which supports Wi-Fi 6 and optional 5G and features an 8.3-inch display along with upgraded 12MP cameras on the front and back.

Thoughtworks Holding prices IPO at $21 per share, above target range

On the IPO front, Thoughtworks Holding has priced its initial public offering of 38.6 million shares at $21 per share.

The Chicago-based tech consultancy priced the offering above the original offering price of $18-$20, valuing it at about $6.4 billion.

Thoughtworks, which counts Siemens AG, GIC, and Ajax Partners among its backers, said it sold 16.4 million shares at a price of $21 a share. Other investors in the company sold about 20.4 million shares.

Shares of Thoughtworks are scheduled to begin trading today under the ticker symbol “TWKS” on the Nasdaq Global Select Market.