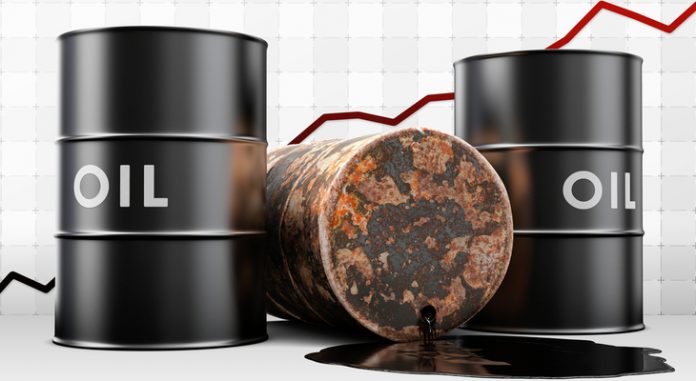 Despite expectations to the contrary from Wall Street, stocks opened the week off on a somewhat positive note. Many investors are expecting Congress to push a $3.5 trillion infrastructure bill, something which would encourage further gains from the markets. Amidst this sudden optimism, however, we saw energy stocks lead the way as the best performing sector for Monday’s trading session. Energy stocks surged as oil prices broke a six-week high.

Prices for West Texas Intermediate broke above $70 for the first time in a while, while Brent crude shot up to $73.5 per barrel. The main catalyst for (at least the former’s) price jump is the fact that oil output is still largely shut off following Hurricane Ida. According to the Bureau of Safety and Environmental Enforcement, around half of the total production in the U.S. Gulf of Mexico is still offline at the moment.

All of this has helped push up oil prices, as supplies have continued to swindle amongst U.S. stockpiles. However, there’s another major catalyst that pushed up oil prices on Monday. A new prediction from OPEC said that it expects oil demand to actually go up in 2022 by at least 900,000 barrels per day compared to last month’s estimates. Overall, that would be 4.2 million barrels per day higher than 2021.

“Oil demand in 3Q21 has proved to be resilient, supported by rising mobility and traveling activities, particularly in the OECD. At the same time, the increased risk of COVID-19 cases primarily fuelled by the Delta variant is clouding oil demand prospects going into the final quarter of the year, resulting in downward adjustments to 4Q21 estimates,” wrote OPEC in a note to clients. The cartel added that “As vaccination rates rise, the COVID-19 pandemic is expected to be better managed and economic activities and mobility will firmly return to pre-COVID-19 levels.”

Many energy analysts were outright surprised by the news, especially since the prevailing sentiment was that the Delta variant was going to escalate. Further lockdowns and a decline in tourism were also expected to cause a lessened demand for energy commodities, similar to what happened last year during the height of the initial pandemic phase. However, OPEC’s appraisal suggests otherwise.

Even Bank of America, which has become somewhat bearish on U.S. stocks recently, has said that oil could once again hit $100 if this winter turns out to be much colder than usual.

Following the news, a number of energy stocks shot up in value. Marathon Oil (NYSE: MRO) led the way, gaining 7.3% over the course of the day. Other big oil stocks, like APA Corp (NYSE: APA) and Occidental Petroleum (NYSE: OXY) rose by 6.2% and 5.6%, respectively, with the rest of the sector following suit.

Marathon is an independent exploration and production company primarily focusing on unconventional resources in the United States. At the end of 2020, the company reported net proved reserves of 972 million barrels of oil equivalent. Net production averaged 383 thousand barrels of oil equivalent per day in 2020 at a ratio of 67% oil and NGLs and 33% natural gas. – Warrior Trading News