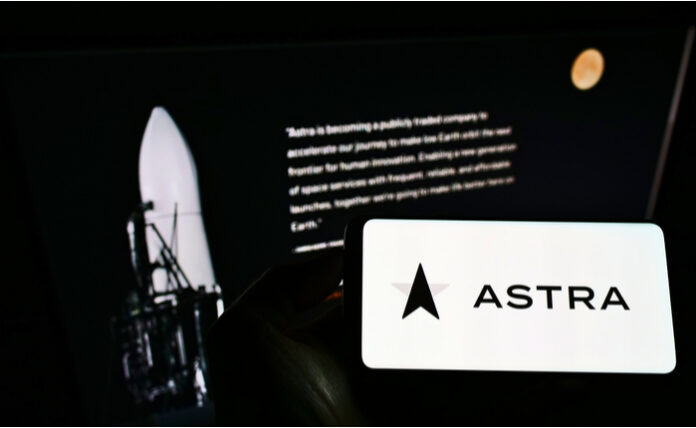 There were a few stocks on the move during Wednesday’s trading session, but for the most part, it was a relatively quiet day for the markets. Given that this week is saddled between two holidays, it’s not surprising that trading activity is relatively slow. Despite this, we saw a surge in activity surrounding one of the most talked-about space stocks on the market. Astra Space (NASDAQ: ASTR), a satellite launching and rocket company, fell dramatically following a nasty short-seller report.

Astra Space has gotten a lot of attention recently. Having recently gone public through a special-purpose acquisition company (SPAC), the company has quickly become a hot trading opportunity in the growing space sector. However, critics of the company site that it has no revenue, as well as no established market whatsoever. Yet despite this, Astra Space currently commands a $1.7 billion market cap.

As expected, all this made Astra an easy target for short-sellers concerned with the stock’s fundamentals. The particular report in question comes from Kerrisdale Capital, which slammed the company. Among other things, the report said that Astra sells a “pipe dream” of being able to launch cheap rockets into space, despite being “poorly positioned within an overcrowded market.”

“If Astra’s five-year projection of almost daily successful launches of rockets made with non-aerospace grade parts does not sound improbable enough… not one expert whom we interviewed, nor any independent market study we reviewed, offered any reason to think that, industry-wide, sufficient market demand will exist for Astra to sustain approximately daily launches by 2035, let alone 2025,” read a passage from the Kerrisdale report.

Astra Space only recently launched its first rocket earlier this month. Additionally, the company said it plans to deploy its first satellite into orbit for NASA sometime in January. Despite this, Kerrisdale remains incredibly skeptical about the company. Among other things, this includes the use of cheap, non-aerospace grade parts, as well as rockets that are not reusable.

Additionally, Astra Space has claimed it will be launching over 300 launches per year by 20925. In comparison, that’s more than ten times the launches that Elon Musk’s SpaceX has seen in 2021. To make things even worse for the company, Kerrisdale pointed out that a massive lock-up period for the stock, which amounts to almost 91 million shares, will end this week. That means that insiders will be able to sell hundreds of millions of dollars worth of stock, something that could send share prices tanking.

In response to this report, shares of Astra tumbled more than 10.5%. The stock has already lost half of its value since going public back in October 2020. Most Wall Street analysts covering the space sector are extremely skeptical about the company’s future prospects, citing Astra as just one of many businesses that will disappear in the coming years as the speculative hype surrounding space stocks dies down.