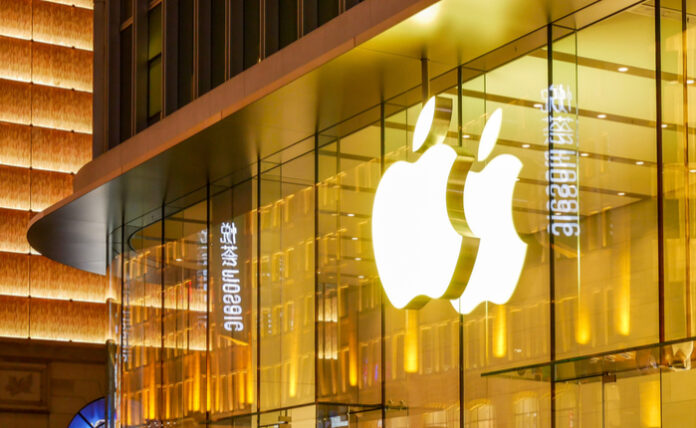 The move comes against the backdrop of unionization efforts gaining momentum at large U.S. corporations, including Amazon.com Inc and Starbucks Corp.,” reports an unnamed Reuters writer today. “Apple and the NLRB did not immediately respond to Reuters requests for comment.”

That’s about 2% or 3% of the 270 total stores that Apple has in American communities, but as those following the Starbucks movement have noted, it only takes one store to start a trickle over the dam of traditional American antiunion efforts.

Reuters reporting points out that if you’re playing the game, Tim Cook’s income is $1447 times the average Apple worker, in an age where executive pay is increasingly under scrutiny, for what worker advocates say are well-deserved reasons. The “Great Resignation” post-pandemic has only exacerbated the issue, driving a groundswell of union support sentiment.

Will union efforts have an impact on the stock price?

New innovation within the company may help.

“Apple will partner with payment processors like Stripe and e-commerce platforms like Shopify to make the service widely available,” wrote Joe Tenebruso at Motley Fool Feb. 9. “It will also work with contactless credit cards issued by Visa, Mastercard, Discover, and American Express, among others. … The move places Apple in more direct competition with Block (NYSE:SQ), the digital payments company formerly known as Square, which has long provided devices that allow merchants to accept credit and debit cards. If Apple’s new service proves effective, those devices might no longer be needed by iPhone users in the U.S.”

Keep an eye on Apple stock.