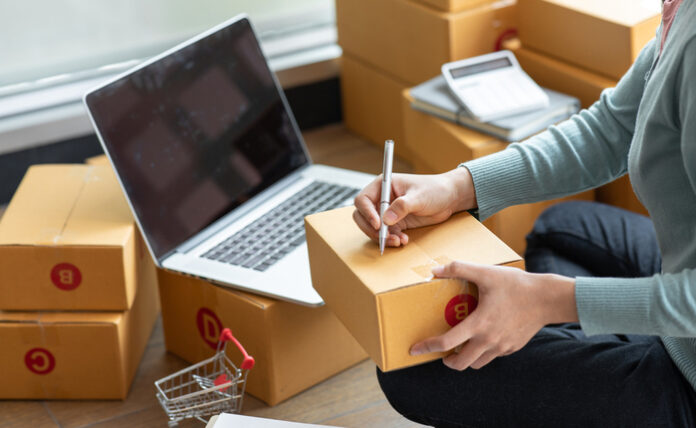 Internet stocks fell just before the weekend and are continuing to see modest losses in pre-market trading Monday morning. While the Ukraine-Russia conflict remains center stage for new outlets, new inflation data showed the consumer-price index just hit a new 40-year high, up to 7.9%. In response, many investors pulled back their money from retailers and online e-commerce giants.

While the inflation data was one catalyst for this dip, there was another piece of news that pushed retail stocks lower. The University of Michigan released a consumer survey report, in which it said that consumers were becoming less confident about spending money online given the state of the economy and rising inflation, especially since most Americans’ incomes aren’t expected to keep up with inflation.

“Consumer Sentiment continued to decline due to falling inflation-adjusted incomes, recently accelerated by rising fuel prices as a result of the Russian invasion of Ukraine,” read the report. “Consumers held very negative prospects for the economy, with the sole exception of the job market. Consumers were slightly more likely to anticipate declines rather than increases in the national unemployment rate.”

This kind of news wouldn’t have triggered such a steep selloff in a typical market environment. However, given just how volatile the markets have been over the past few weeks, even the slightest news has become an excuse to go on a buying or selling spree.

It also doesn’t help that many e-commerce and internet stocks are still trading at pricey valuations. As investors brace for the upcoming rotation out of growth stocks and into value investments, internet-based companies are expected to suffer in this kind of new environment.

Some of the most notable decliners before the weekend included Etsy (NYSE: ETSY), Overstock.com (NYSE: OSTK), and Farfetch (NYSE: FTCH). All three were down between 8-12% over the course of the day. Most other e-commerce stocks were down by similar margins, although big-name companies like Amazon remained unaffected by this selloff.

Etsy was the worst-performing of which, down almost 11.5%. Part of that also had to due to a Deutsche Bank, which started covering the online retailer with a neutral “hold” rating. Additionally, the German megabank issued a modest $145 per share price target, barely above the company’s previous $135 share price. That’s despite Etsy more than doubling its user base since the pandemic first broke out.

Etsy Inc is an American retailer of handmade goods, vintage items, and crafted goods. The business model is based on sellers listing products on Etsy’s platform. The product categories are clothing and accessories, jewelry, craft supplies and tools, wedding accessories and clothing, entertainment items, home and living, vintage items, and child and baby goods. Etsy’s revenue is categorized as: marketplace revenue, seller services, and other revenue. The marketplace consists of a platform where sellers can list their products in exchange of a fee paid to Etsy. – Warrior Trading News