Home Warrior Trading News Articles More losses ahead for U.S. stocks amid fears of a recession 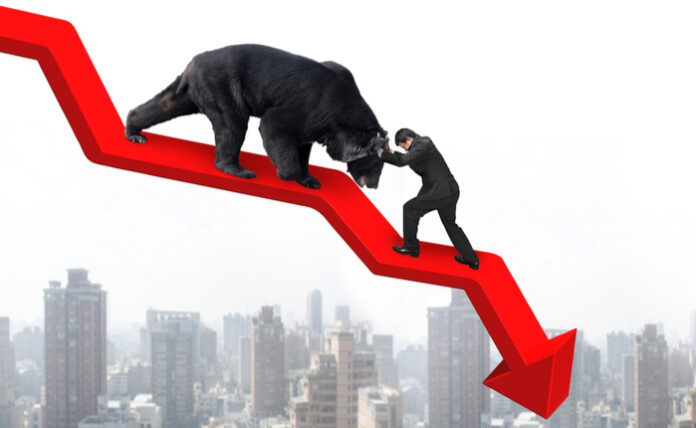 Wall Street looks set to sump on Thursday, after market turbulence resumed on Wednesday amid fears the U.S. economy is on the brink of recession following disappointing financial results from major retailers.

Melvin Capital, the hedge fund that incurred heavy losses during the GameStop (NYSE:GME) short-squeeze last year, is reportedly planning to shut down and return cash to all investors.

Bloomberg reported on Wednesday that Melvin Chief Investment Officer Gabriel Plotkin said in a letter addressed to investors that the last 17 months have been an “incredibly trying time,”

According to the letter, which was reviewed by Bloomberg, Plotkin said “the appropriate next step is to wind down the Funds by fully liquidating the Funds’ assets and accounts and returning cash to all investors.”

Melvin has been struggling after its short bet on GameStop and other meme stocks backfired last January. The hedge fund has wagered that the stocks would slump as their businesses shrank.

However, the stocks ended up soaring to record highs as retail traders Reddit piled into them to take on the shorts, including Melvin.

Tesla booted from the S&P 500 ESG index; Musk hits back

Shares of Tesla (NASDAQ: TSLA) were slightly lower in the premarket session on Thursday, a day after the EV maker was removed from the S&P 500 ESG Index that follows eco- and socially friendly companies.

In a blog post, the S&P said that Tesla’s score on environmental, social and governance standards has remained “fairly stable” in the past year, but has dropped the rankings against other global peers that improved their ESG scores.

Tesla CEO Elon Musk blasted the decision, saying in a tweet that ESG is a “scam” that has been “weaponized by phony social justice warriors.” Musk added that Tesla was doing more for the environment than any other company.