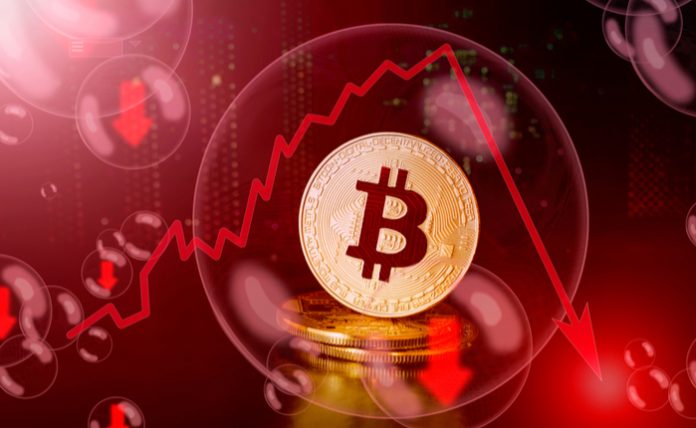 The S&P 500 dropped 3.9% on Monday, leaving the index down more than 20% from its record high in January and pushing it into a bear market for the first time since 2020.

Will the Fed hike interest rates by 75 bps?

Meanwhile, all eyes are on the Federal Reserve the central bank kicks off its two-day Federal Open Market Committee (FOMC) meeting later in the day.

Before the release of Friday’s hotter-than-expected inflation data, Fed policymakers had signaled they were prepared to raise interest rates by 50 basis points this week for a second time, and again at their meeting next month.

But the inflation data has now fueled bets that the policymakers will hike more aggressively than indicated by their forward guidance.

According to the CME Fedwatch Tool, roughly 64.5% of traders expect the central bank to increase rates by 50bps at the conclusion of the meeting on Wednesday to a range of 1.25%-1.50%.

The Fed will announce its decision at 2 p.m. ET on Wednesday, followed by Chairman Jerome Powell’s a press conference at 2:30 p.m. ET.

On the crypto front, bitcoin and other digital currencies continued to slide on Tuesday as traders feared that an aggressive rate hike from the Fed and other major central banks will end the easy-money policies that have been favorable to risky assets.

Ether, the second-biggest cryptocurrency by market value, was down 3.6%.

Cryptocurrencies fell sharply on Monday after the Celsius Network, which has 1.7 million customers, temporarily halted all withdrawals, crypto swaps and transfers between accounts due to “extreme market conditions.”