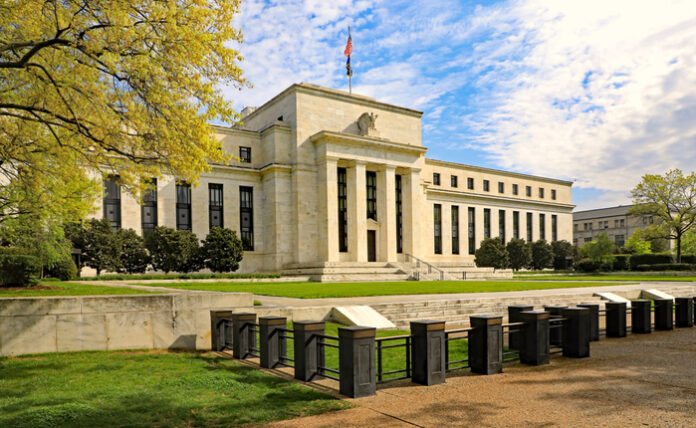 All eyes on the Fed

U.S. stock futures were trading higher early Wednesday ahead of a key Federal Reserve policy decision later in the day.

The Fed will announce its monetary policy decision at 2 p.m. ET, with economists expecting the central bank to again hike interest rates in an effort to cool rapidly rising inflation.

Most economists predict the Fed will raises rates by 50bps, which would bring the federal funds rate to a range of 1.25%-1.50%.

But after Friday’s hotter-than-expected inflation reading stoked recession fears, some economists think the central bank will likely announce a 75bps hike, pushing the federal funds rate to a range of 1.50%-1.75%.

Meanwhile, the European Central Bank (ECB) has called an emergency meeting today to discuss “market conditions,” with many government bond yields rising across the eurozone.

Bond yields issued by Italy and other heavily-indebted countries have risen sharply after the ECB announced last week that plans to hike interest rates in July and September.

The central bank also said it would end its remaining monthly asset-buying program on July 1.

The rare, unexpected meeting comes after ECB policymaker Isabel Schnabel said on Tuesday that the bank would fight any “disorderly” blowout in the borrowing costs of debt-laden euro zone nations.

Bitcoin extended losses on Wednesday, approaching $20,000 amid a global flight from risky assets and contagion risk from within the cryptocurrency market.

The largest cryptocurrency by market value dropped as low as $20,169 this morning, a level that was previously recorded in mid-2020.

Bitcoin has now declined for the eighth consecutive day and lost 30% over the past week.

On Tuesday, crypto exchange Coinbase (COIN) also announced that it is cutting a fifth of its staff.

In energy markets, crude futures were sliding on Wednesday as traders looked to the Federal Reserve interest rate decision.

The weekly crude stockpiles report from the U.S. Energy Information Administration will be released later today. The report comes a day after the American Petroleum Institute reported a small jump in crude inventories.