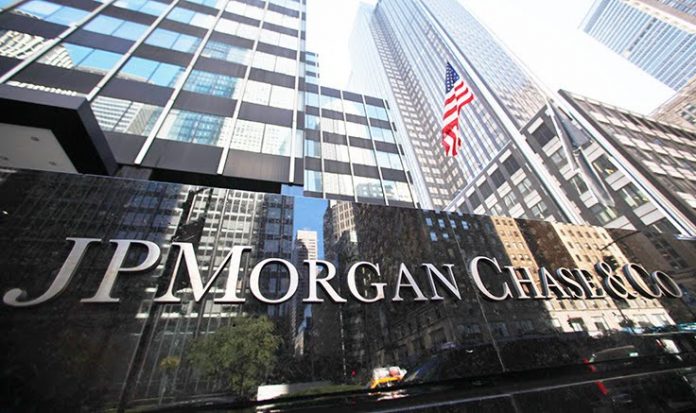 JPMorgan Chase will launch a new free online trading service next week in a move aimed at attracting discount brokerage customers. The bank said that the service, dubbed You Invest Trade, will allow at least 100 free trades per year to every customer. Those maintaining larger account balances will enjoy unlimited free trades.

However, the U.S. banking giant plans to introduce some charges after one year of free trades, based on the type of account. You Invest Trade will be available on the bank’s website as well as on its current mobile banking application. The bank previously charged $24.95 for online trades.

JPMorgan hopes to attract new customers with the service, and then make profit by offering the customers many other services. The bank already controls half of the U.S. households giving it a distinctive advantage over its rivals. More than 47 million of its customers use its banking website or mobile app, and are expected to access You Invest Trade.

Analysts believe that the bank might trigger a pricing war within the online brokerage industry that is even likely to knock out rival startups, such as Robinhood. Founded 5 years ago, Robinhood is a California-based online brokerage that offers commission-free stocks and exchange-traded fund trades. JPMorgan has however dismissed claims of market disruption, saying it began working on creating its service long ago.

After the JPMorgan announcement, a spokesman of TD Ameritrade spoke to MarketWatch saying, “TD Ameritrade is very well positioned to compete and win in a low-cost environment. However, the competitive environment will likely continue to shift, and we will remain nimble. We continually evaluate our offerings and pricing, taking into account recent competitive changes and enhancements.”

A spokesman of Schwab also reacted to the news saying, “Since its founding, our firm’s priority has been to make investing more accessible and affordable for all investors – providing clients with exceptional value, service and transparency.”

“Any action by others to help people invest in their futures is positive, and Schwab will continue to aggressively lead the way in improving how people invest and manage their wealth,” the spokesman added.

Charles Schwab customers are charged $4.95 for online equity trades, while TD Ameritrade offers up to 60 days of free online trading to customers who deposit at least $3000. E-Trade currently allows 500 free trades to customers who bank $10,000, or more within 60 days of signing up.

JPMorgan Chase is a financial holding company that offers financial and investment banking services. It provides numerous investment banking products and services in all capital markets, including advising on corporate strategy and structure; capital raising in equity and debt markets; sophisticated risk management; and prime brokerage and research.

It operates its business through the following segments: Consumer and Community Banking; Corporate and Investment Bank; Commercial Banking; and Asset & Wealth Management. The company was founded in 1968 and is headquartered in New York, NY. –Yahoo