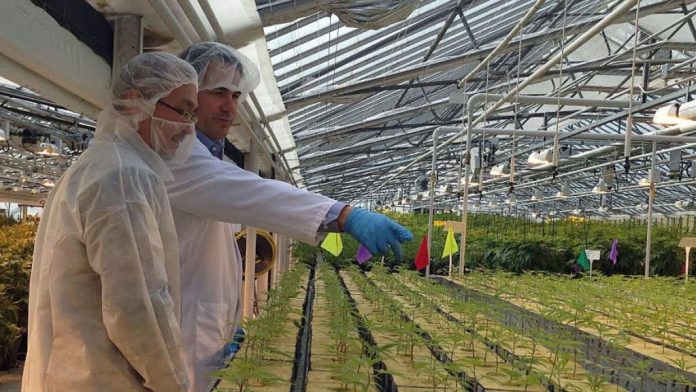 Aphria Inc (TSE: APHA)(NYSE: APHA) has been the cannabis industry’s black sheep as of late, with accusations from short-sellers seeing the stock plunge drastically over the past couple of weeks as both sides seek to convince the markets.

With one major criticism of the company being it’s Latin and South American operations, the firm has doubled down in this area as it announced today that they will be providing medical cannabis to a major pharmaceutical distributor in the country.

The company revealed that it had signed a Letter of Intent with Insumos Medicos S.A., a major pharmaceutical manufacturing, import, and distribution company in Paraguay. Insumos holds the distinction of being one of the top distributors of pharmaceuticals to hospitals in the country, and could drastically increase exposure of Aphria products throughout the country.

As a part of the agreement, Insumos will also register Aphria’s medical cannabis with Paraguay’s Ministry of Public Health and Social Wealthfare along with other licenses needed. Once the agreement comes into effect, Paraguay would be the third country in Latin America that Aphria ships cannabis too, with the other two being Colombia and Argentina.

“Latin America continues to represent an important growth opportunity within the global medical cannabis industry, and we are excited to be among the first to enter the rapidly emerging market in Paraguay. Our strategic partner, Isnumos, is well-positioned to establish a leading presence for the Company’s products throughout the country,” said President Jakob Ripshtein . “Aphria will continue to expand its footprint in the most strategic markets in Latin America and around the world through its diversified approach to innovation, partnership and expansion.”

One of the largest criticisms leveled at Aphria by short-sellers was that many of the company’s Latin American acquisitions were supposedly purchased at “vastly inflated prices,” many times what those assets were worth. Aphria officials have still to respond to these accusations, choosing instead to move ahead with their current Latin American expansion strategy.

The company last week stated that they were performing a “comprehensive review” of their acquisitions in the area. However, many investors have already had enough, with one law firm announcing that they intend to pursue a lawsuit against Aphria for supposed violations under the Securities Exchange Act over the past six months.

Aphria shares have recovered somewhat from the drastic decline they saw earlier last week, with todays trading session seeing shares fall a mere 5 percent, in comparison to the drastic 50 percent movements that were common just a few days ago.

Aphria is a leading global cannabis company driven by an unrelenting commitment to our people, product quality and innovation. Headquartered in Leamington, Ontario – the greenhouse capital of Canada – Aphria has been setting the standard for the low-cost production of safe, clean and pure pharmaceutical-grade cannabis at scale, grown in the most natural conditions possible.

Focusing on untapped opportunities and backed by the latest technologies, Aphria is committed to bringing breakthrough innovation to the global cannabis market. The Company’s portfolio of brands is grounded in expertly-researched consumer insights designed to meet the needs of every consumer segment.

Rooted in our founders’ multi-generational expertise in commercial agriculture, Aphria drives sustainable long-term shareholder value through a diversified approach to innovation, strategic partnerships and global expansion, with a presence in more than 10 countries across 5 continents. –Aphria