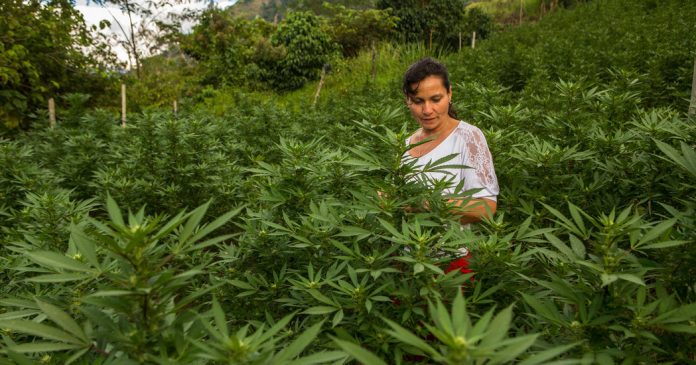 Ever since Canada became the first industrialized country to federally legalize marijuana, Canadian stock exchanges have become the go-to places for companies seeking to go public.

While U.S. firms face a tricky situation due to the fact that cannabis is legal only in certain states, some that don’t directly interact with Cannabis can find a listing on major American exchanges. Otherwise, Canada is seen by many companies are the ideal place to be, and one of Colombia’s main cultivators will be debuting on the TSXV in the coming weeks as a result.

PharmaCielo, the Canadian parent company of Colombia’s main producer of medicinal cannabis oil, announced today that they had finished preparing for a public listing on the TSXV under the ticker PCLO, and would begin active trading on January 18th, 2019.

“We are on strong footing as we launch scale production and sales in 2019. The Company is already producing the highest quality of medicinal-grade cannabis oil, is well capitalized, has near-term revenue opportunities and is engaged in advanced discussions to enter target international jurisdictions,” said PharmaCielo CEO David Attard.

While the stock listing announcement was the highlight of the press release, there was a slew of other corporate announcements as the company revealed plans for going forward. One major decision was the appointment of Dr. Delon Human as global head of health and innovation for the firm. “We expect to complete construction of our large-scale production and innovation facility in Q2-2019 where Delon and his team will expand the development of partnerships with global end-product suppliers, driving innovation and product development to meet the needs of these potential customers,” added the CEO.

Additionally, PharmaCielo will focusing on a few key initiatives throughout 2019. For one, the firm will be expanding their cultivation area from 5.3 hectares to around 20 hectares of open-air greenhouse. They are also working to register multiple cannabis strains with the Colombian Ministry of Agriculture, along with beginning to sell cannabis oil products in key markets both domestically and internationally.

Colombia is seen as a particularly viable country for cannabis growth due to the geography and climate that facilitates cultivation. While PharmaCielo has been a company that many analysts have expected an IPO from in 2019, there are concerns over whether recent scandals regarding Latin and South American acquisitions could tarnish the firm’s reputation by association. Only time will tell whether this will be the case.

PharmaCielo Ltd. is a global company privately held and headquartered in Canada, with a focus on processing and supplying all natural, medicinal-grade cannabis oil extracts and related products to large channel distributors. PharmaCielo’s principal (and wholly owned) subsidiary is PharmaCielo Colombia Holdings S.A.S., headquartered at its nursery and propagation centre located in Rionegro, Colombia.

The boards of directors and executive teams of both PharmaCielo and PharmaCielo Colombia Holdings are comprised of a diversely talented group of international business executives and specialists with relevant and varied expertise. PharmaCielo recognized the significant role that Colombia’s ideal location will play in building a sustainable business in the medical cannabis industry, and the company, together with its directors and executives, has built a compelling business plan focused on supplying the international marketplace. – PharmaCielo