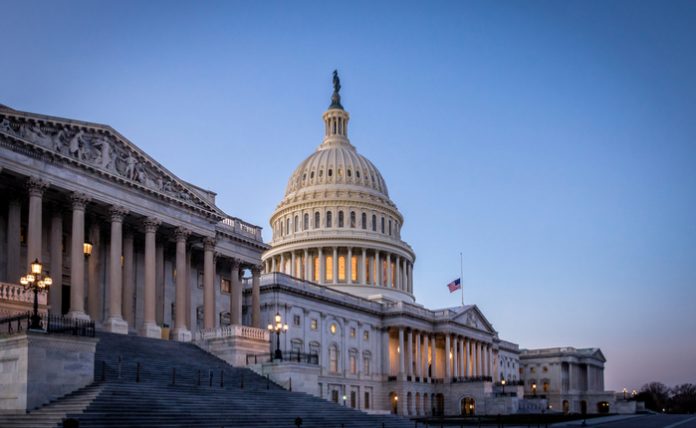 The towering twin indices that feature so heavily in U.S. market predictions, the S&P 500 and DJIA, are both again in the green today, climbing above one month highs to inch nearer to their high-water marks overall.

However, some analysts are predicting that there’s still a big correction to come, and part of it may center on the news that everybody knows, but hardly anyone is applying into market pricing – the ongoing partial government shutdown that leaves over half a million federal workers unpaid.

In a piece in MarketWatch today, writer William Watts is basically making the argument that investors who are betting on short-term U.S. market gains are sitting at a roulette table with their money on black, and experiencing a red run that’s about to come to an end.

“The partial government shutdown is now setting records,” and investors might not be able to ignore it for much longer,” Watts writes, citing “analysts” named later in the piece.

The idea is that recent U.S. market stumbles came in the wake of Federal Reserve interest rate increases and concerns about a US/China trade war. Noting that both of these things have seemed to resolve themselves for now, analysts yet point to the government shutdown as a very evident but underappreciated risk.

“Bad things come in threes,” says Stephen Blitz, chief U.S. economist at TS Lombard,  who expects the government to reopen at some point. “What matters is the timing of these developments in determining how quickly markets respond before greater damage is done to the economy.”

Then there are the comments of J.P. Morgan Chase Chief Executive Jamie Dimon who Watts reported has warned that a partial shutdown could “wipe out growth” for the quarter – which is nothing to sneeze at.

“Someone estimated that if it goes on for the whole quarter, it can reduce growth to zero,” Dimon told reporters recently according to CNBC. “We just have to deal with that. It’s more of a political issue than anything else.”

To really show what a partial government shutdown can do, it’s necessary to take a step back from abstract balance sheets and ledgers and look at the reality – how can you have economic growth when a large number of workers are simply not getting paychecks because of a political spat? In other words, how could this shutdown not affect the markets?

Then here’s a more concrete example that Watts includes in his coverage:

“Meanwhile, the shutdown has deprived traders, economists and policy makers of at least 10 key government data releases so far, including figures related to housing, trade and consumer spending,” Watts wrote, citing remarks by chief U.S. economist at Oxford Economics Gregory Daco, and reporting Daco’s suggestion that even when the government reopens, it will. As Watts writes, “likely take months to return to a normal schedule.”

Considering all of this, it would be prudent for traders to really take a contextual approach this week and beyond, until this problem is resolved, and factor in some of the soft political impact on markets. Otherwise, they may come out down the road with a rather unpleasant surprise.