Home CryptoNews “The Woz” Speaks Bitcoin Optimism, But is it Enough To Push Prices... 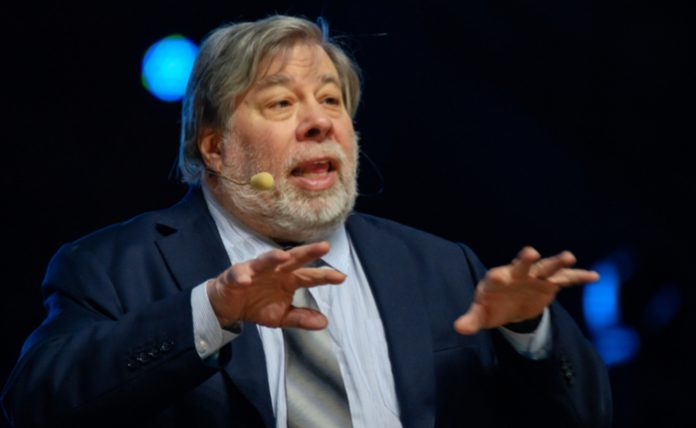 Bloomberg recently asked Apple guru Steve Wozniak about Bitcoin, and an interview published this week suggests that the co-founder of the tech giant that brought us the iOS sees BTC in a positive light.

Discussing using Bitcoin only as a currency and not as a buy-and-hold investment tool, Wozniak presented a very relevant viewpoint when it comes to this household cryptocurrency. Many people hold Wozniak’s opinions in high regard, as he seems to have been a major force behind early Apple success, though somewhat overshadowed by the press’s Hosannas to Steve Jobs.

Cointelegraph writer Adrian Zmudzinski explains the outcome of the Bloomberg interview this way:

“Apple’s co-founder … argued that oftentimes psychology drives market dips, with fear in part determining price. Wozniak clarified that he was not interested in Bitcoin ‘as an investor’ and that he ‘only had Bitcoin to experiment with,’ clarifying that he had used the crypto as a form of payment.”

The viewpoint is interesting because it highlights a certain way that many investors are thinking about Bitcoin. They don’t freak out or head for the exits when there is a downtrend. They don’t worry too much about day to day Bitcoin values and market moves. Instead, they focus on the long term, and on the auxiliary purposes behind Bitcoin and other cryptocurrencies.

For instance, we just had Bitcoin hit the $4200 mark and then bounce back down.

A volatile week, and as soon as the Bitcoin price approached the resistance around $4200, the selloffs were not long behind, followed by the correction that brought new support around $3,700,” writes Cryptopotato’s Yoni Berger in contemporary analysis. “The market is doing its bit, and there is still no encouraging news to hit the market FOMO sensors.”

If you’re a day trader trying to make money off of Bitcoin, that’s not good. Even if you’re a buy-and-holder, you might sit there and worry about future values. But other investors are just not worried, no matter what happens to Bitcoin value right now. They see it, again, in a positive light – as a medium of exchange and something that’s going to increase in value as it keeps getting greater institutional buy-in.

We hear about Bitcoin ATMs and Bitcoin exchange traded funds. We hear about J.P. Morgan creating its own coin. We hear about central banks creating CBCDs. All of this funnels into the idea that cryptocurrency will have a greater share in the financial world of the future. So that’s helping some of the more stoic buying holders to tune out some of the market noise and focus, like Wozniak apparently does, on potential.