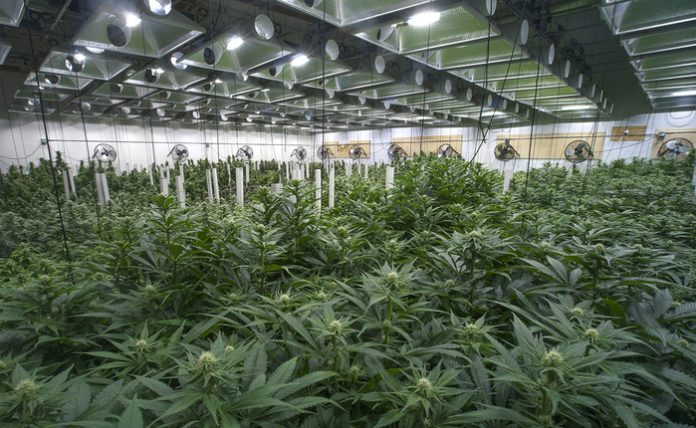 Cannabis companies across the United States have kept a close eye out for the proposed States Act, which would grant marijuana businesses that operate in states where cannabis is legalized protection from federal prosecution.

This piece of legislation has been watched with as much if not more anticipation than the Farm Act which legalized hemp nationwide. However, when the attorney general spoke today at a committee expressing mixed opinions on the bill, cannabis stocks ended up falling a bit in today’s trading session.


Attorney general William Barr spoke at a Senate committee saying that he would prefer there to be another approach than the current proposed States Act. However, he did say that he would accept some sort of marijuana reform bill than the current state of affairs, so in some respects, Barr wasn’t entirely opposed to the bill.

The Strengthening the Tenth Amendment Through Entrusting States Act, or just States Act, is a bipartisan bill introduced recently that’s currently in consideration and would act as a mild reform bill regarding the current state of cannabis in the country.

“Personally, I would still favor one uniform federal rule against marijuana but, if there is not sufficient consensus to obtain that, then I think the way to go is to permit a more federal approach so states can make their own decisions within the framework of the federal law and so we’re not just ignoring the enforcement of federal law,” said Barr according to MarketWatch.

The attorney general personally supports federal cannabis prohibition but was willing to concede that his position was becoming politically untenable. Instead, he would be willing to leave cannabis policy up to individual states rather than escalating the current federal-state discrepancy over marijuana enforcement.

While this news from the attorney general was the main driver for today’s downturn in cannabis stocks, there was other news as well that contributed. Statistics Canada revealed today that an analysis of price data from Canadian cannabis consumers found that prices for legal cannabis were well above black market prices.

“Since legalization, individuals purchasing dried cannabis from legal sources have paid an average of $9.99 per gram, while those purchasing from illegal sources have paid an average of $6.37 per gram. Prior to legalization, the average price for illegally purchased dried cannabis was $6.79 per gram. The purchase price from legal sources was, on average, 56.8% higher than the purchase price from illegal sources, according to the crowdsourcing data. Consumers purchasing from an in-store government-licenced retailer paid $10.73 per gram, making this source of purchase the most expensive,” read the report.

The fact that black market cannabis remains cheaper will ensure that demand for illicit marijuana remains strong, especially since it already occupies a large portion of overall cannabis consumption.

For companies, converting illegal users to legal purchasers represents a massive market, but until cannabis becomes as cheap as black-market prices, this segment of the market will remain relatively unchanged in the short term.