Home CryptoNews The Tweet Heard Round the World – Elon Musk Goofing on Ethereum? 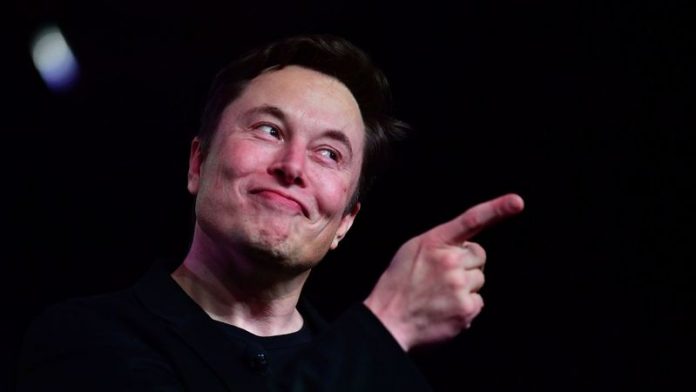 A single word on Elon Musk’s Twitter account touched off a firestorm this morning about the famous entrepreneur’s opinion on cryptocurrency.

Here’s the timeline – early this morning, Musk tweeted the single word “Ethereum,” then adding in a follow-up tweet: “jk.”

In response, Ethereum cofounder Vitslik Buterin invited him to the DevCon conference, after which Musk subscript subsequently asked Buterin what should be developed on the Ethereum platform and, reportedly, asked him to “stop giving away free Ethereum.”

That simple exchange led to a lot of speculation about what Musk meant and even whether his word moved markets.

“Looks like this tweet may have even pushed the price (of Ethereum) up,” Mati Greenspan of eToro observed earlier this morning. “The purple circle is the time of the tweet.”

Indeed, visually, you can see a spike on the chart directly after Musk’s tweet, which complements Ethereum’s more general position at six-month highs.

Then there was speculation over Musk’s intent.

“My guess: Musk got high and tweeted it for the lols,” said Bitcoin Machine Elf on the twitter feed.

“Musk tweeted the word ‘Ethereum’ then followed it up by tweeting ‘jk’—perhaps an attempt at preventing Twitter from suspending his account, which has previously been locked after tweeting about cryptocurrencies due to his long association with bitcoin and cryptocurrency give-away scams,” Bambrough wrote this morning.

Research on Musk’s prior time-out leads to  this from October of last year at NBC business news:

“Musk has a history of using his account to share everything from announcements about his many companies to personal ramblings,” wrote Alyssa Newcomb. “The South African entrepreneur’s Twitter feed has always tended to be something of a grab bag, ranging from the serious to the bizarre — and his tweets have also landed him in trouble. In July, the billionaire called Vern Unsworth, one of the British divers helping to rescue a group of Thai boys trapped in a cave, a ‘pedo guy.’”

Newcomb also reported on Twitter activity over the summer that led to serious responses by government regulators.

“On August 7, Musk wrote on Twitter that he was considering taking Tesla private and that he had secured funding for the arrangement,” Newcomb wrote. “Federal regulators said Musk had ‘not even discussed, much less confirmed, key deal terms.’ In September, Musk was charged with fraud by the Securities and Exchange Commission.”

If an errant one-off tweet by somebody like Elon Musk can move markets – then anything can really move markets. But for many investors, it’s worth keeping an eye on the opinions of the rich and powerful, if only because that might move secondary enthusiasm and temporarily cause changes in crypto values.