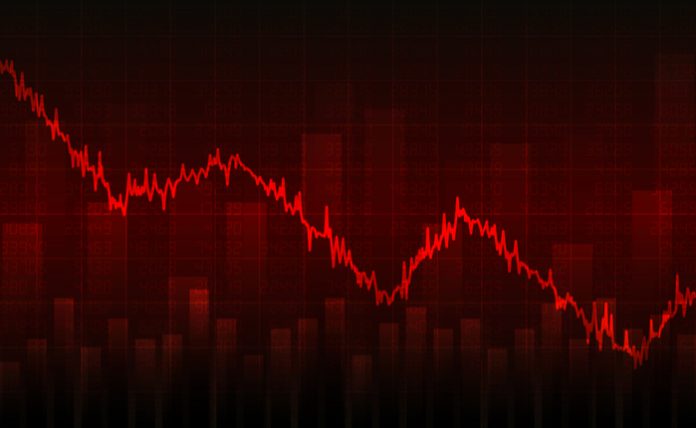 This morning, U.S. index behavior is disappointing for the second day in a row, with some pretty strong indicators of what’s behind the sudden downturn.

As of press time, just after the bell, the Dow is sinking a few hundred points and the S&P 500 rests nearer the $2900 mark then it probably should be.

A piece this morning in CNN Business relates how markets recovered somewhat yesterday after a series of presidential tweets Sunday night, but then tanked again when other U.S. officials unexpectedly backed the idea that the U.S. is inpatient and disappointed with progress on US/China trade.

“After Lighthizer and Mnuchin spoke (yesterday), the whiplash hit hard,” reports David Goldman. “Stock futures tumbled once again: S&P 500 and Nasdaq futures immediately fell 0.8%. … Investors don’t want the United States to increase tariffs, because they worry about an all-out trade war. If China were to retaliate with higher tariffs of its own, US companies that do big business in China would end up getting penalized. Companies would then pass the higher import taxes off to customers, hurting demand for goods. Trade wars, in other words, are bad for business, bad for the economy, and bad for the stock market.”

Goldman also follows up with an assessment of remarks (or, rather, non-remarks) from U.S. Treasury Secretary Steve Mnuchin.

“Although the administration officials said the increase in tariffs does not signal the talks have broken down, Mnuchin declined to speculate on whether the two countries would be able to close the gap before the end of the week,” Goldman reports.

According to the latest reports, Chinese delegates will still visit the US for talks shortly, but the entire environment seems soured by all of the belligerent talk about raising more tariffs.

All of this brings to mind the president’s facile assertion months ago: “I am a tariff man.”

“Investor sentiment remains tenuous as President Trump’s latest threat to raise tariffs on Chinese goods this Friday from +10 to +25% has certainly shocked financial markets and fueled worries that this week’s trade talks may be derailed,” writes Dean Popplewell at SeekingAlpha.

In many cases, it’s hard to speculate on market behavior, but many analysts are fairly confident that fears over a full-blown trade war are going to continue to depress prices until there is some sort of solution.