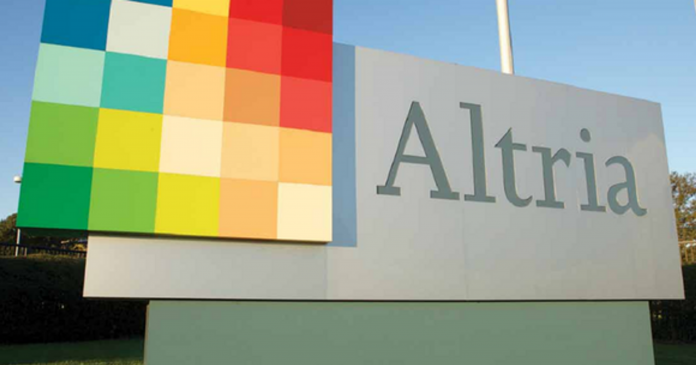 Tobacco companies understand that if they hope to remain relevant and in business, they need to innovate when it comes to their main product lines. While a number of these businesses have diversified into other sectors, such as marijuana vaping technology, it won’t be enough to ignore their regular tobacco products.

One of the world’s largest tobacco companies, Altria Group (NYSE: MO), saw it’s share increase modestly on news that it will be making a major acquisition into a novel oral tobacco pouch product line.

Altria announced on Monday that they would be paying $372 million for an 80 percent stake in a nicotine pouch business. Nicotine pouches are a novel form of oral tobacco product that’s been quickly gaining popularity, with many analysts going so far as to say that these pouches represent the future for tobacco companies forward-looking enough to recognize this.

“Swedish Match has the biggest business in this space, with its Zyn product, that has captured ~10% of oral tobacco in Western U.S., in the space of only a few years. These nicotine pouches are to oral tobacco … what Juul and vaping are to cigarettes,” Bernstein analyst Callum Elliott wrote in a note to clients on Monday, mentioning a number of competitor products in the nicotine pouch market that have already established themselves. “Due to the FDA’s pre-market approval requirements (i.e. PMTAs) Altria has not been able to introduce a competitor product to Zyn. This deal circumvents the need for Altria to seek pre-market approval from the FDA, since On! was already marketed in the U.S. prior to the FDA’s August 2016 cut-off date. Altria can now invest in expanding capacity for On! and leverage its strong retailer relationships to push distribution of On! beyond its current Chicago base.”

This isn’t the first novel investment that the tobacco giant has made in recent history. During late December of last year, Altria invested a $1.8 billion sum into major cannabis company Cronos Group (NASDAQ: CRON). Such a move was a natural choice for Altria, as many tobacco and alcohol companies see cannabis as a potential threat to their recreational user base.

As such, it’s not surprising that most of these businesses take pre-preemptive actions to position themselves within these potentially competitive markets. Since then, Aphria’s ownership of Cronos Group has grown to 45 percent, with an extra exercisable warrant that would grant the tobacco giant a 55 percent, majority share in the company.

Shares of the tobacco giant were up a modest 1.9 percent in response to the news. However, over the past twelve months, stock prices have fallen by around 10 percent while the Dow Jones and the S&P 500 gained around one and 0.6 percent respectively over the same time period.

Through its tobacco subsidiaries, Altria holds the leading position in cigarettes and smokeless tobacco in the United States and the number-two spot in machine-made cigars. The company’s Marlboro brand is the leading cigarette brand in the U.S. with a 40% share. – Warrior Trading News