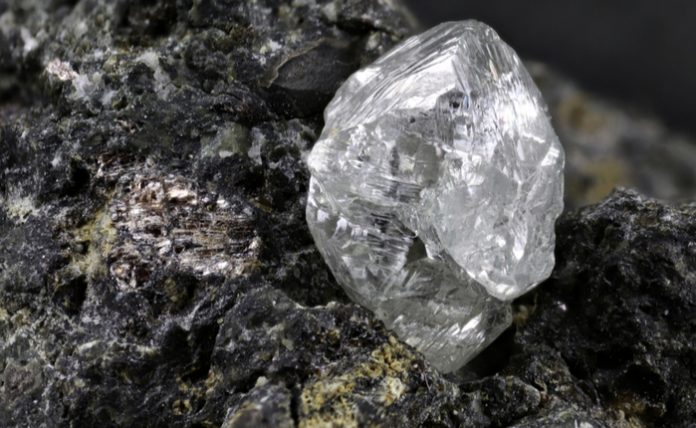 Diamond miners have had an interesting year. While demand for low-quality demands has fallen, those few companies that are able to produce high-quality, high-carat stones have been surging.

One of these companies is BlueRock Diamonds (LON: BRD), whose shares shot up 15 percent on the London exchange on Friday after the miner announced it had discovered the largest diamond found to date in the company’s history.

Finding a 24.9-carat gem quality stone, BlueRock Diamonds’ newest discovery set a new record. Owning an operating the well known Kareevlei Diamond Mine in South Africa, the largest diamond prior to this recent discovery was a 16.28 carat stone which sold for just under $80,000 at the time. The new diamond will be put to tender soon with the results being announced by June 17th. It’s expected that the stone will sell around $120,000.

“This record recovery of such a high-quality diamond is an exciting milestone and underpins why we are so confident about the potential of the Kareevlei mine. We have a comprehensive development plan to increase production and look forward to providing further updates as we progress,” executive chairman Mike Houston said in a media statement.

Diamond mining companies have been grabbing the mainstream media’s attention recently, with a number of these miners finding record-setting stones. The most prominent of these was Petra Diamonds (LON: PDL), which previously announced they had found a massive 425 carat stone, also from another mine in South Africa.

Prior to 2019, however, the industry was struggling for a number of different reasons. The most prominent of these was the abundance of cheap, low-quality diamonds that has resulted in an oversupply in the global markets. According to data conducted by independent diamond industry analyst Paul Zimnisky, lab-produced gems used in jewelry grew to over 1.5 million carats polished each year, a figure which is expected to grow even further in 2019.

The problem became so severe that many buyers began refusing to purchase these stones. Rio Tinto (LON: RIO)(ASX: RIO), which was one major producer of these stones, saw some customers rejecting these diamonds, while another mining giant, De Beers, ended up having to offer a number of incentives to get their customers to buy these low-quality stones.

Prices for these synthetic diamonds have fallen as a result, with 2018 seeing the price for a generic 1-carat lab-created diamond falling by 50 percent.

The growth of synthetic diamonds also is a scary one for genuine diamond producers, as it begs the question of how many consumers will be willing to pay thousands of dollars for a diamond that theoretically is the same to a natural one alongside being unlimited in supply.

In response to the news, shares of BlueRock Diamonds shot up 15 percent on Friday. While still a penny stock with an extremely small market cap, these types of discoveries bode extremely well for companies like BlueRock, which are often exploratory and speculative n nature.

Once a major discovery is made for these small miners, it often heralds the start of an explosive rise in stock price as many junior miners often get bought out by larger companies in their respective industries.