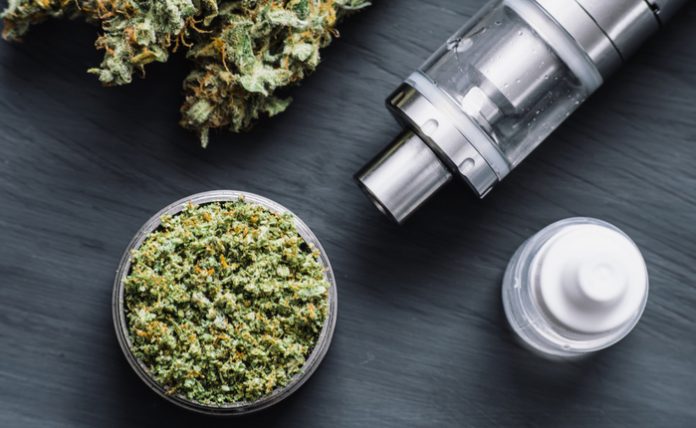 One of the biggest gainers in the end of last week came from a company that previously was regarded as the black sheep of the Canadian cannabis industry.

The company we are referring to here is Aphria (NYSE: APHA), which previously saw it’s share prices collapse as claims of insider dealing ravaged the companies reputation. Recovering since then, Aphria has staged a big comeback, announcing today that it was one of the few recipients of a major vaping deal with PAX Labs.

Aphria announced today that it will be partnering with PAX Labs to produce premium cannabis extracts. As one of the only cannabis companies to receive a partnership with PAX, alongside Aurora Cannabis (NYSE: ACB), Organigram Holdings (CVE: OGI) and The Supreme Cannabis Company (TSE: FIRE), the announcement was well received by markets as a whole.

“Aphria is thrilled to solidify a partnership with PAX. We are excited to bring our premium cannabis extracts from Solei, RIFF and our flagship medical cannabis brand, Aphria, to PAX’s innovative Era device and platform,” said Megan McCrae, Vice President of Marketing at Aphria. “This partnership reflects Aphria’s unwavering focus on innovation and new product offerings to meet the needs of all cannabis consumers, from novices to experienced users alike.”

Analysts have already gone on to say that the deal, thanks to Pax’s brand power, represents a good sign for the company. Tamy Chen, an analyst at BMO Capital, resumed coverage of the Canadian cannabis company, giving the company a target price of $10 while noting that Aphria was trading at “a notable discount.”

Aphria’s major advantage in the cannabis sector is its unparalleled ability to produce large quantities of cannabis at a low cost. Previously, many analysts in the industry considered Aphria an excellent investment opportunity, except for the fact that its reputation had been significantly damaged from accusations of insider-dealings.

While these claims have been cleared up over the past few months, many experts in the sector argue that the company’s share price has fully recovered, remaining woefully undervalued in comparison to its cultivation capabilities.

At the same time, the upcoming second round of marijuana legalization in October will open up a new market for CBD-based edibles in Canada, which will in turn spur demand for cost-efficient, high quantity producers like Aphria.

In response to the news, shares of Aphria increased by 8.6 percent on Friday, bringing the company’s market cap up to 2.42 billion. After dropping to a 52-week low earlier in 2018, hitting C$4.76 per share when the first accusatory report from short-sellers went public, shares of the company have recovered significantly, at one point almost reaching C$15 per share.

Currently, Aphria trades at C$9.67, a price point that many analysts to be considered highly undervalued.

Aphria Inc and its subsidiaries produce and sell medical marijuana. Its products include Capsules, Oral solutions, and Vaporizers. The company’s operations are based in Leamington, Ontario. It is focused on producing and selling medical marijuana and its derivatives through retail sales and wholesale channels. – Warrior Trading News