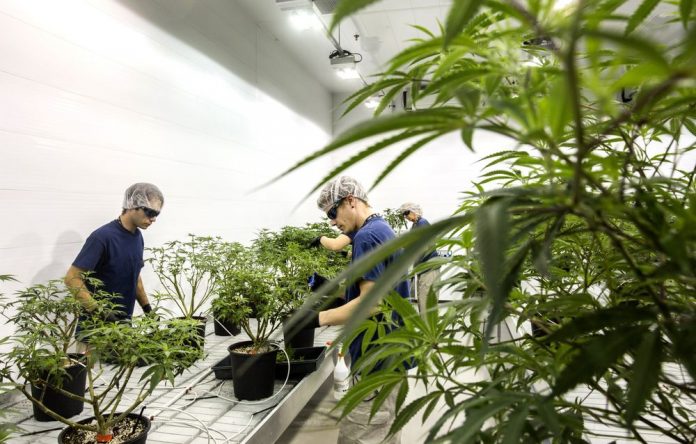 The world’s largest cannabis company took a big hit earlier this week when it reported that its marijuana sales had declined.

Hoping to partially recover from the blow, Canopy Growth Corp (NYSE: CGC) announced today that they had acquired a bio-product extractor called KeyLeaf Life Sciences, who previously had a partnership with Canopy before the giant made an offer.

KeyLeaf is atypical in the sense that they’ve operated long before Canada’s cannabis legalization. With over 45 years of experience mainly in the canola, cosmetic, and nutraceutical industries, KeyLeaf is considered one of the top companies of its kind in Canada, if not the entire world when it comes to its intellectual property on plant-based extraction methods.

“The KeyLeaf operations and team deliver instant scale at a pivotal stage in our growth, with brand new products coming to market later this year requiring sophisticated extraction capabilities at scale,” said Bruce Linton, Chairman & co-CEO of Canopy Growth Corporation in a press release. “This acquisition is the result of a year’s worth of work with a trusted partner, and part of our commitment to always staying a step ahead as leaders in a nascent industry, focused on the long-game one piece at a time.”

Canopy Growth as a whole is beginning to move away from acquiring smaller producers. Instead, the cannabis giant is focusing on acquiring companies that have unique intellectual properties for the CBD-product space, an area that commands higher margins than selling the marijuana plant itself.

With the second round of Canadian cannabis legalization coming up in October, CBD-related products will become legal across the country, giving companies like Canopy a major opportunity to expand into a market segment that in many ways is different from regular marijuana consumers.

Shares of Canopy Growth didn’t respond much to the news, inching downwards around 0.7 percent on Wednesday’s trading session. For the past month, the company has seen its stock fall from around C$60 at the start of June to its current price range at C$52 per share.

Today’s development follows a nasty decline that Canopy had after it fell by 11 percent the day before. Specifically, Canopy has been selling less marijuana then it had in its March quarter, a worrying development for the world’s largest cannabis giant.

Just one day prior, Canopy had also received a license from Health Canada to operate an outdoor facility in the province of Saskatchewan, with a potential capacity of up to 7 million square feet. Canopy is still the second largest producer globally, falling behind it’s smaller rival, Aurora Cannabis (NYSE: ACB).

Canopy Growth Corp is engaged in the production and sale of cannabis products. Its products include Oil Products, Softgels Capsules, and Industrial Hemp.

The company has two operating segment namely Cannabis operations which encompasses the production, distribution and sale of medical and recreational cannabis and Canopy Rivers segment which provides capital growth and strategic support in the global cannabis sector.