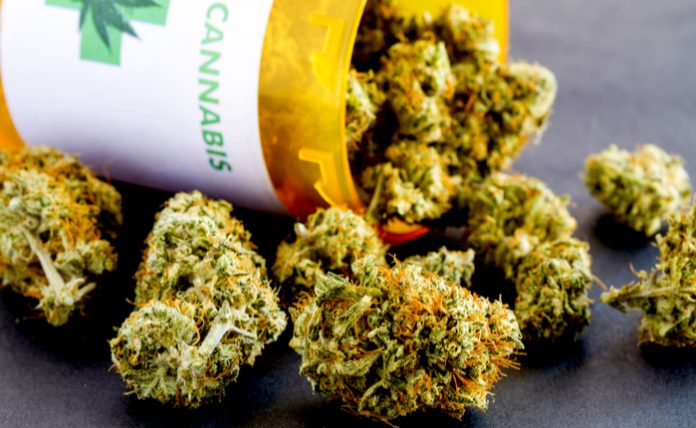 Cannabis stocks had a good day on Thursday, with a number of companies seeing significant rallies over the course of the day. The biggest marijuana winner of the day came from Aleafia Health Inc (OTCMKTS: ALEAF), whose shares surged after the company announced they were raising money.

Specifically, Aleafia let the public known on Thursday that they successfully raised $40 million in a public funding round.  Over 793,000 shares changed hands by midday as the cannabis penny stock surged on the news.

“We are excited to close this financing and strengthen our balance sheet as we solidify and accelerate the expansion of our cannabis health and wellness ecosystem, in Canada, and globally,” said Aleafia Health CEO, Geoffrey Benic. “This is a key step enabling management to execute on its business plan and to drive operational results creating value for shareholders.”

Aleafia is one of a few small-cap cannabis stocks that Wall Street has a high opinion of. Many analysts expect the company to surge in the future thanks to their recent all-stock acquisition of Emblem Corp.

The deal significantly expanded Aleafia’s medical service network in Canada, as well as gave the company access to high-margin CBD derivatives. The Emblem acquisition also pushed Aleafia into the top 10 growers in Canada with an annual output of 138,000 kilograms.

In comparison to larger companies like Aurora Cannabis (TSE: ACB)(NYSE: ACB) or Canopy Growth Corp (TSE: WEED)(NYSE: CGC), which have production capacities between 500,000 and 700,000 kilograms respectively, Aleafia’s market cap remains significantly undervalued for the quantity of cannabis it can produce, hence why many regard the company so highly.

There are some downsides when it comes to Aleafia, however. With its production capacity already approaching some other major companies, it’s possible that Aleafia could struggle to compete with other major brands that are backed by Fortune 500 companies. Regardless, for a company with such a low stock price compared to its production capacity, it’s likely that no matter what happens that the stock will increase.

Shares of Aleafia were up around 15 percent on Thursday, gaining $0.135 and putting the stock at just over $1.06. The 300-million-dollar company, considered a penny stock at its current trading price, saw its single best trading day since September 21st, 2018. For the past few months, shares have continued to fall from $2.10 to its current level.

Most other major companies in the cannabis sector were up today, although few jumped up by more than 5 or so percent. One of those that did jump significantly was Zenabis Global (OTCMKTS: ZBISF) another, an even smaller company that jumped 7.7 percent after GMP initiated coverage on the stock, issuing a “buy” rating and saying that Zenabis’ current stock price is poised to double.

Aleafia Health Inc is a vertically integrated cannabis health and wellness company which owns three cannabis product and cultivation facilities where it produces a diverse portfolio of commercially high-margin derivative products including oils, capsules and sprays. The company operates national network of medical cannabis clinics and has seen over 60,000 patients to date. – Warrior Trading News