Home Blog Posts This Red Hot Marijuana ETF is Outperforming the S&P 500 But Will... 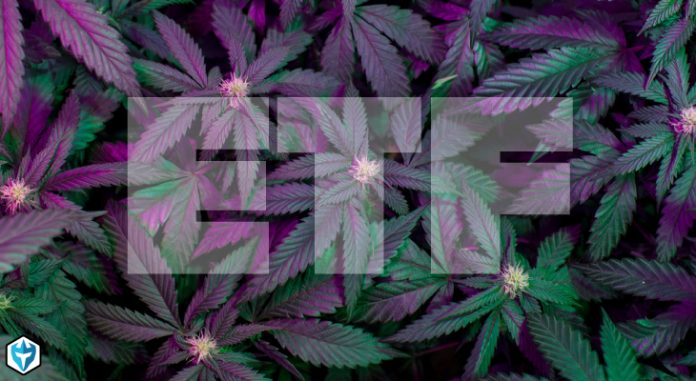 As cannabis continues to become mainstream, a growing number of new marijuana-based investment opportunities have entered the markets including marijuana ETFs.

Exchange traded funds (ETFs), which are a collection of securities focused on a specific industry or index, have begun to emerge specifically in the cannabis industry.

With investors looking for a way to put their money in the marijuana market in a more diversified, safe manner, these ETFs have quickly become a preferred way to balance the risks and upside potential that cannabis stocks bring.

The first ETF to come onto the scene is was the Horizons Marijuana Life Sciences Index back in 2017.

Since then, the Evolve Marijuana ETF became the top performing TSX-listed ETF over the past year, boasting an impressive +50% return the past year.

Below we’ll be taking a look at the specifics of the Evolve Marijuana ETF, which specific holdings it has, it’s investment philosophy and other details that have led to the fund’s success.

Breaking down the ETF’s top ten holdings, one can see that it’s fairly split between larger, mainstream cannabis companies as well as medium and some occasional smaller producers.

These two represent one-fifth of the fund’s total investment and is the most stable aspect of the portfolio as these two giants aren’t as volatile as their smaller competitors.

The fund also holds stakes in Cronos Group (NASDAQ: CRON) and Tilray (NASDAQ: TLRY), albeit just 4.25 and 3.97 percent respectively. While these are major companies, for the past year or so they’ve been considered among the most overvalued cannabis stocks in the sector.

While the fund likely saw some losses from these stocks earlier in the year, at their current prices, most analysts think these two cannabis companies are a buy.

After that, Neptune Wellness Solutions (TSE: NEPT), Valens Groworks (CNSX: VGW), and Canopy Rivers (TSXV: RIV) are the last of the top ten holdings, with these three companies having less then $500 million in market cap.

Overall, 31 percent of the fund is allocated to large-cap marijuana stocks, while 43 percent is distributed to what the fund calls “emerging” marijuana companies, which are stocks between $300 million and $2 billion in market cap for the most part.

A further 21 percent is invested in ancillary businesses that support the cannabis sector with the remaining 5 percent remaining in cash.

It’s not surprising that most of the fund’s allocations are given to Canadian-based companies since it is easier to list on Canadian exchanges.

They also aren’t restricted to Canada and the U.S., with the portfolio willing to invest in cannabis opportunities anywhere across the world.

Currently, only two percent of the portfolio is distributed in global cannabis companies, but as the European market grows, this is likely to change.

The Evolve Marijuana ETF also is focused on growth opportunities while having few companies that provide any sort of steady returns in the forms of dividends. This isn’t a surprising thing for the cannabis sector, as almost all companies are choosing to reinvest their profits to grow faster rather than spend it on shareholder dividends. 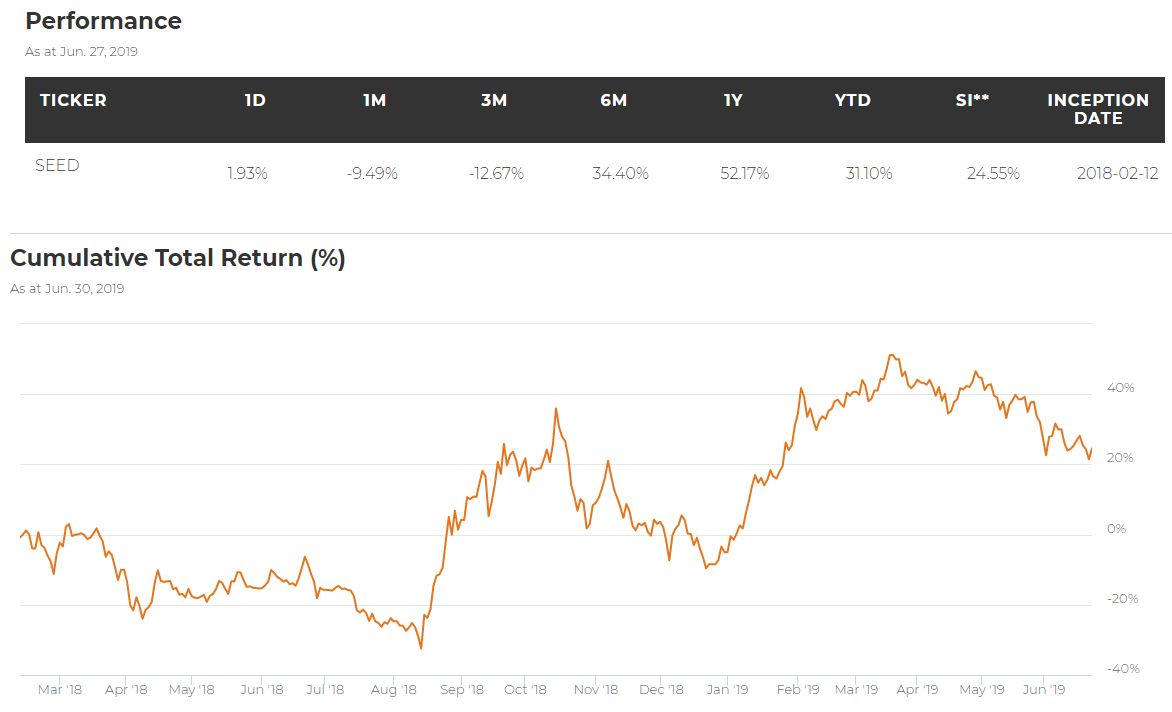 In comparison to another major benchmark index, the North American Marijuana Index (NAMI), the Evolve Marijuana ETF has significantly outperformed its competition. Over a one-year period, Evolve has seen a 50.53 percent return, while the NAMI only saw a 7.89 percent increase.

While outperforming its competitors when the markets are positive, the Evolve ETF has also not lost as much when the markets take a downturn. When looking at 1-month and 3-month returns for both indexes, NAMI lost 13.84 and 11.64 percent respectively, while SEED only fell by 12.04 and 9.39 percent.

However, the Evolve Marijuana ETF not only outperforms other cannabis ETF’s when the markets are good but doesn’t sink as low when the cannabis markets take a turn for the worst, which they frequently do.

ETFs are a good way for investors looking for broad exposure to a specific industry while remaining somewhat diversified.

In the world of cannabis stocks, the Evolve Marijuana ETF might not be the first to enter the markets, but it’s recent performance definitely makes it the best performing ETF in the sector and well worth studying from an investment perspective.